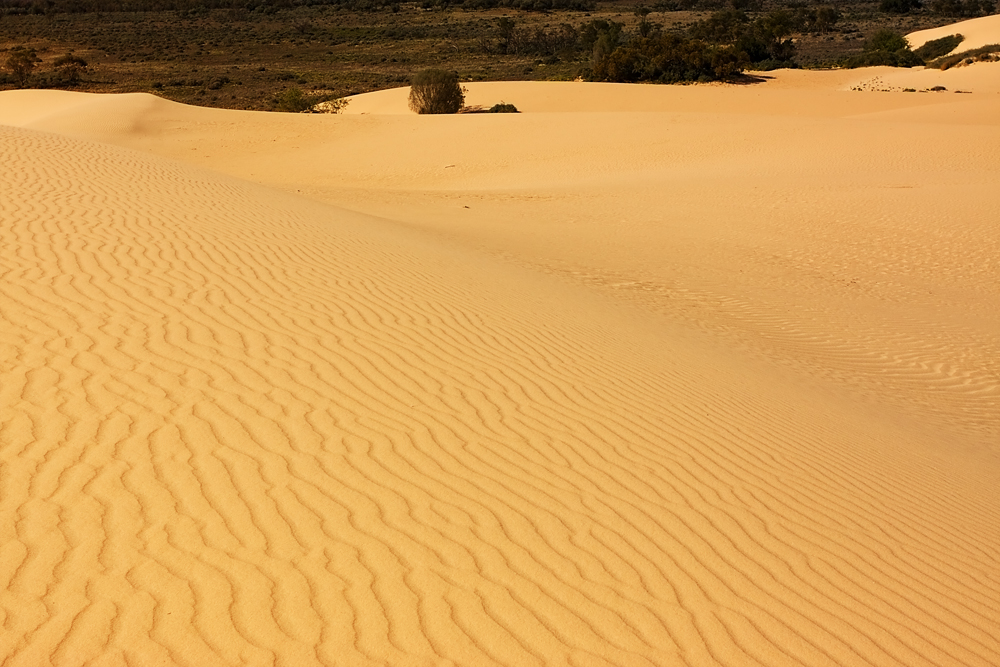 Lake Mungo is a dry lake in south-eastern Australia, located in the south-western portion of New South Wales. It is about 760 km due west of Sydney[1] and 90 km north-east of Mildura. The lake is the central feature of Mungo National Park, and is one of seventeen lakes in the World Heritage listed Willandra Lakes Region. Many important archaeological findings have been made at the lake, most significantly the discovery of the remains of Mungo Man, the oldest human remains found in Australia,[2] Mungo Lady, the oldest human remains in the world to be ritually cremated and as the location of the Lake Mungo geomagnetic excursion, the first convincing evidence that Geomagnetic excursions are a geomagnetic phenomenon rather than sedimentological.[3]
http://en.wikipedia.org/wiki/Lake_Mungo