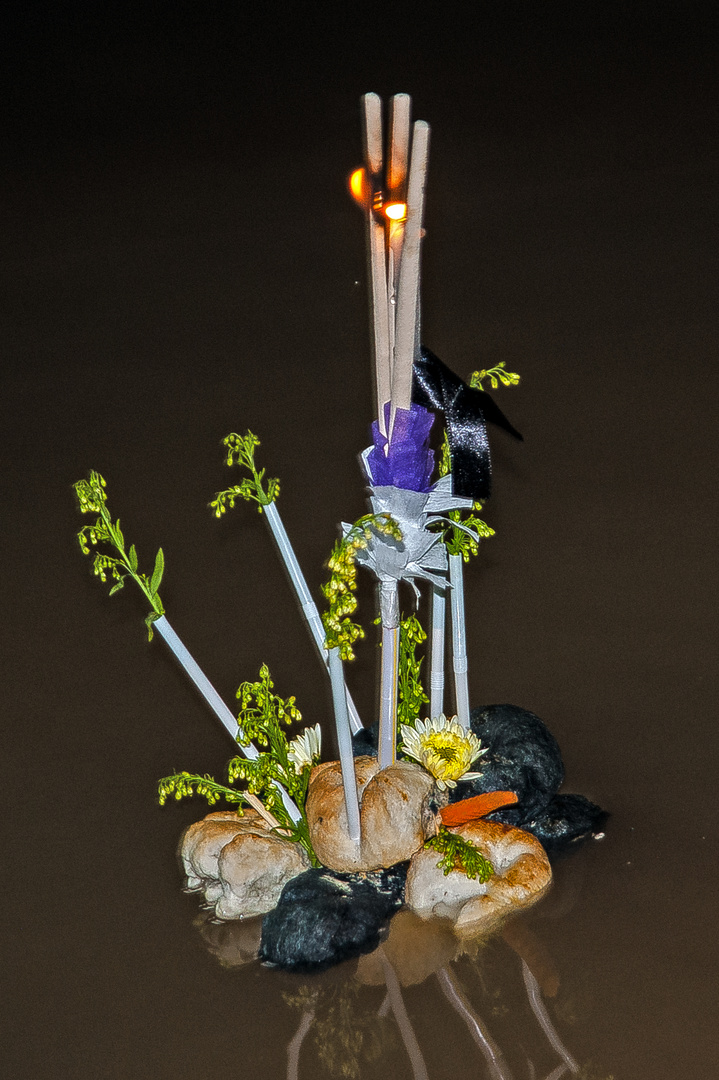 Krathong floating on the river

Krathong floating on the river

This was our Krathong which we let float on the Mekong river on the Loy Krathong festival. As we were going to float the Krathong I would like to encourage to get a bio-degradable one; ones that are made from banana leafs and bread. We know that right after the festival is finished, there will be people who come over to every river and pond to pick up all the floating Krathong and clean up. Plasticfoam Krathongs are still a big no way. Using the bead and natural things, the water will not get polluted in the negative way and the carp fish have food to eat the bread.