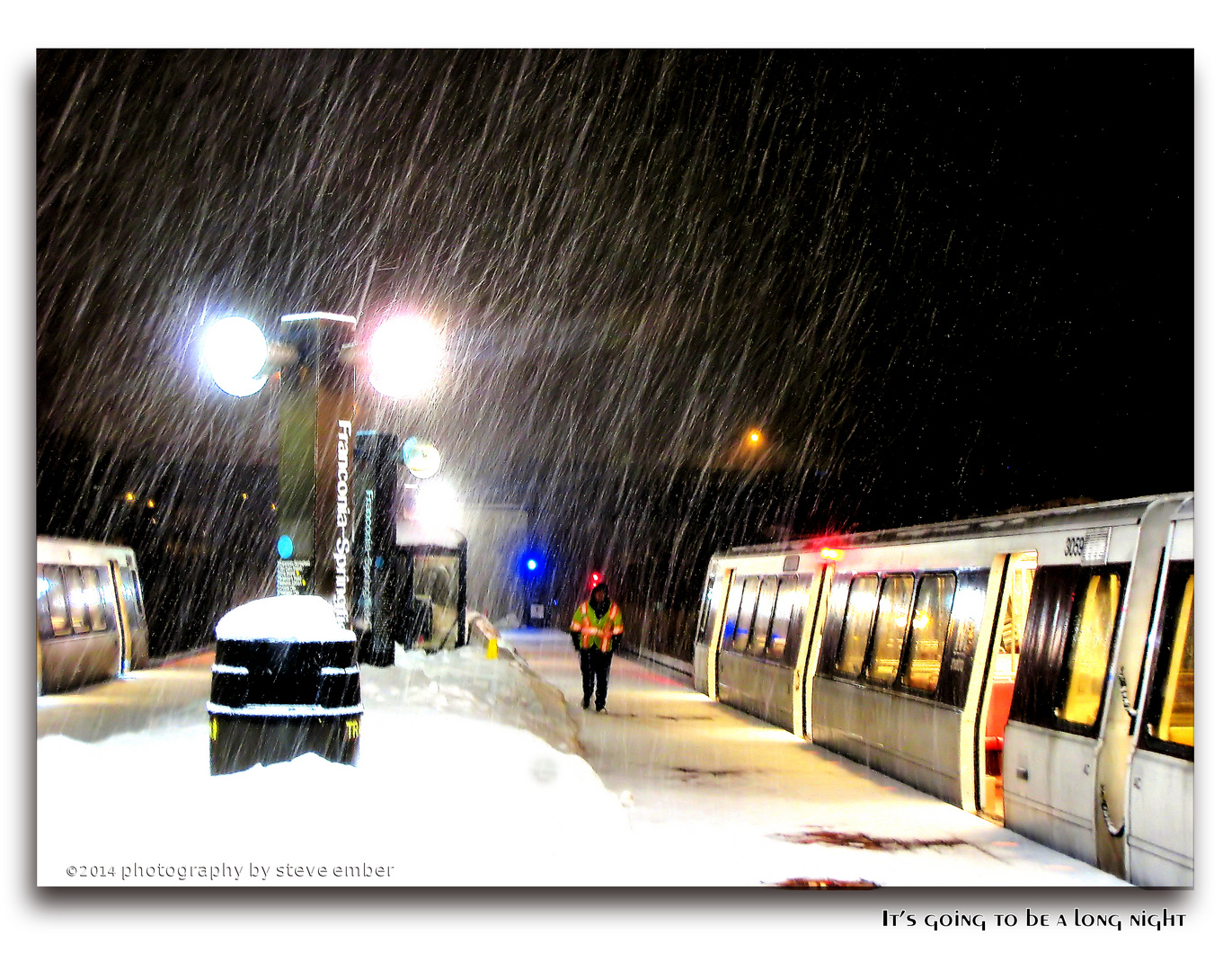 …or at least that’s what I imagined that MetroRail employee to be thinking as he walked
down the platform at the Franconia-Springfield station on this February evening in 2010.

A major blizzard had crippled the Washington DC area just a few days earlier, and
well before the region had dug out, another major snow storm was bearing down on us.

As I arrived at the station, the leading edge of the storm was ramping up. Just a
grab shot with my little point and shoot, but I liked the way the slow shutter captured
the almost dreamy patterns of the wind-driven snow, as well as the portent of a long
and difficult night to come for the region’s rapid rail transit system.