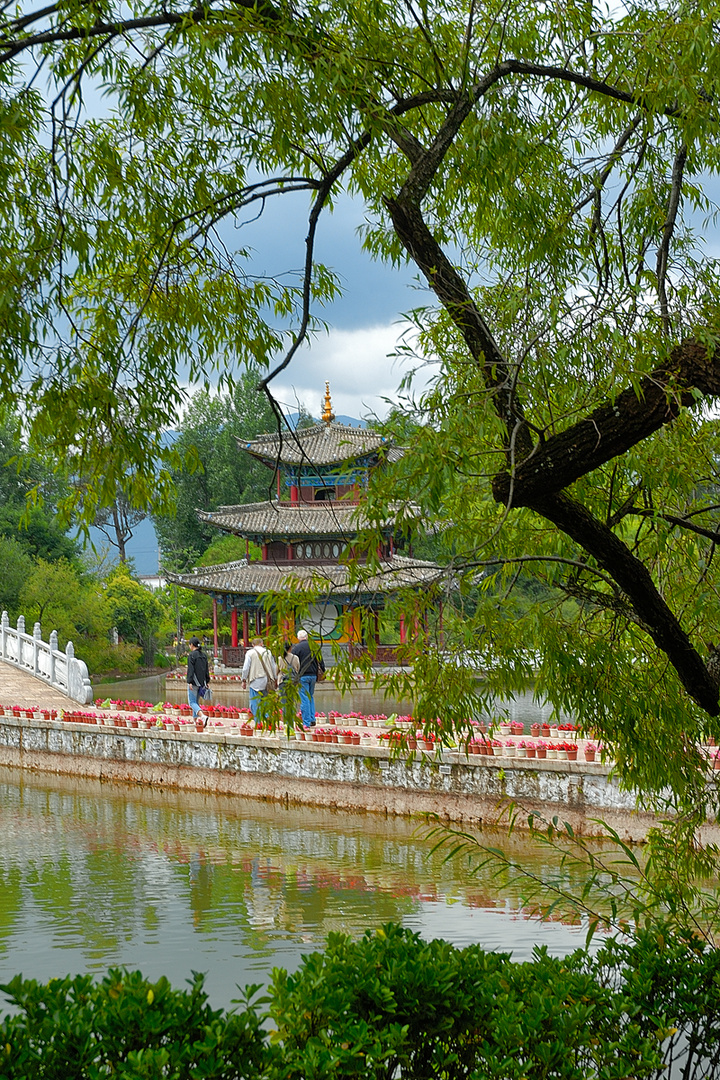 Inside the park of Yu Quan Gong Yuan

Inside the park of Yu Quan Gong Yuan

The Black Dragon Pool Park in Lijiang is commonly referred as the Temple of the Dragon King. It was built in the 2nd year of Emperor QianLong's reign(1737), and then rebuilt for many times. There are many ancient buildings in the park, including Shrine of Dragon King, Deyue Building, Suocui Bridge and Jade Emperor Building and so on. Among them, Wufeng Building is the most famous, which was formerly built in Fuguo Buddhist Temple named as Fayun Attic. However, Shrine of the Dragon King is the major building of the Park.
The park Yu Quan Gong Yuan is further home to the Dongba Culture Research Institute and the Dongba Culture Museum.