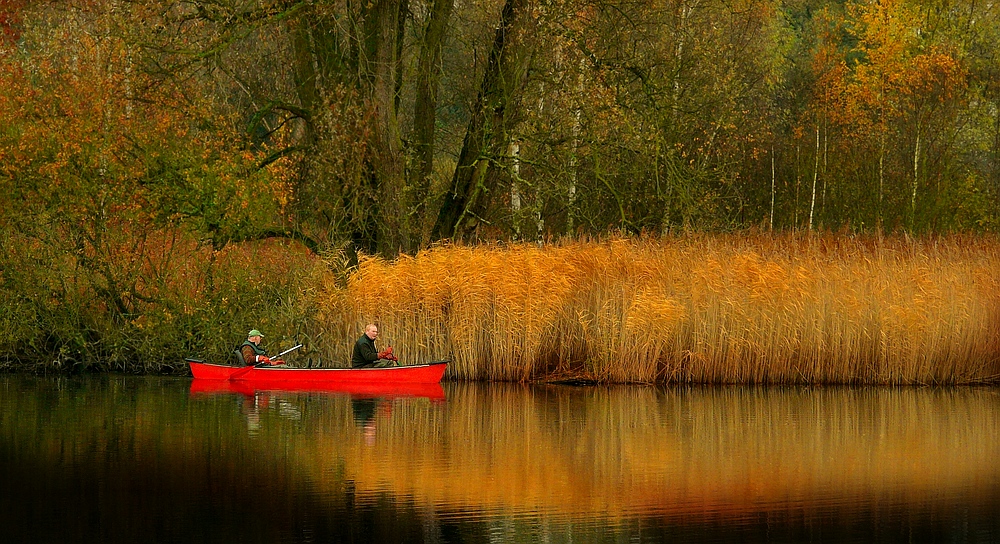 While I was in search of fungi around the lake, these 2 men came silently sailing by.
They were in search of……. rats !

It were 2 official rat catchers from the government who came to inspect their traps between the reed as a form of pest control.

A rat catcher's risk of being bitten is high, as is the risk of acquiring a disease (such as the bubonic plague) from a rat bite.

Looking at the picture it might look as a pleasant job, but in reality it is not !

A big thanks to Rudolf Averbeck for the nomination of this picture !