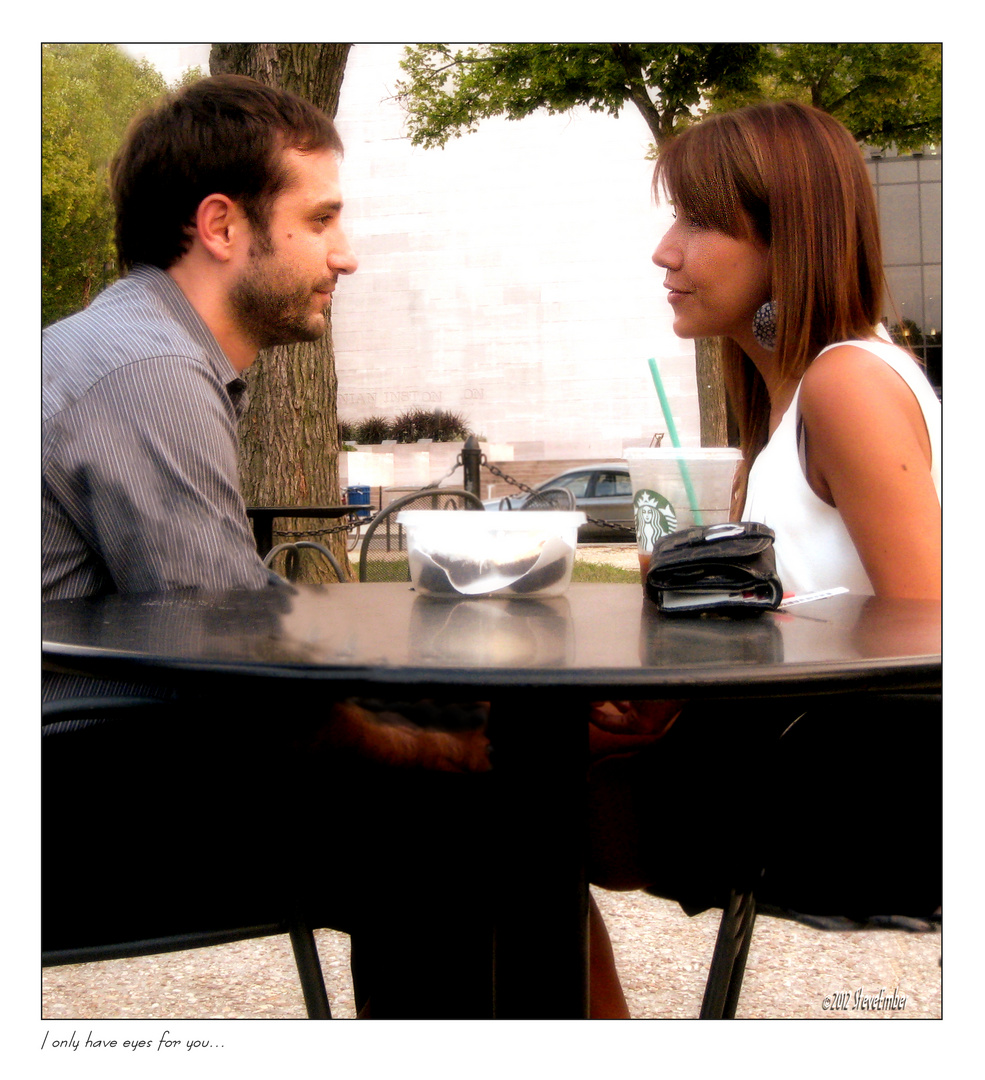 I only have eyes for you...

I only have eyes for you...

I’ve recently been out and about with the cameras to collect some Washington images
and “slices of life” for some new photo essays on my broadcast organization’s web site.

The aim of a recent shoot was to capture the after-work ambience of a summer
evening in a city that is often known for taking itself too seriously.

The Mall sees its share of tourists, but as sunset approaches, there is more in the
way of “native” activity going on – jogging, bicycling, walking the dog, that sort of thing.
And a lot of that, judging from facial expressions, body language, and the like, is
right in character with that oh-so-serious mindset.

Ah, but here, across from the Smithsonian’s Air and Space Museum, I saw this attractive young
couple enjoying their Starbucks in the waning late afternoon sunshine of this summer day.

They were so charmingly wrapped up in each other that I hesitated before approaching to ask
if they might mind if I included them in the foreground of some shots of the Air and Space Museum.

They were as nice as they look here, and told me it would be fine.

And they went right back to being so wrapped up in each other…
which makes me so fond of this captured moment.