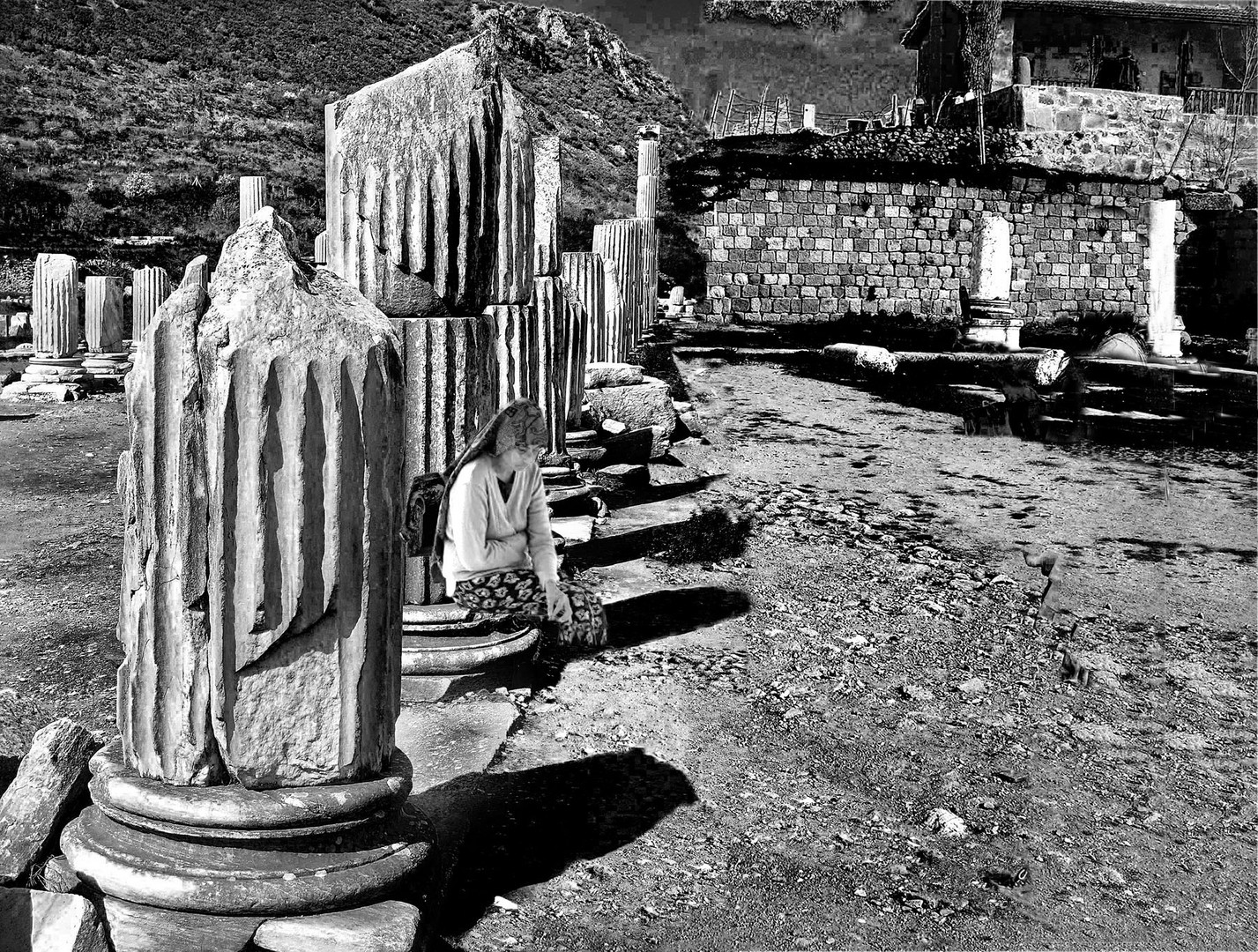 Homage to a glorious past

Homage to a glorious past

Efessos was the most important ancient city of the Ionian state and civilization developped on the west coast of Asia Minor as a very early Greek colonial expansion from inland. The migrating wave of bold and eager sailors and merchants quickly expanded to a very prolific colony which, as early as the 8th century BC, developped thriving cities and a very prosperous connection with the rich cities of East and especially Persian empire. Greek scholars, philosophers, poets and scientists
flourished creating an important level of civilization with Heraklitos the most prominent among them.
Efessos was the leader city and the precious goal to conquer by Persians, Macedonians, Hellenists heirs of Alexander the Great, Romans, Byzantines and eventually by Ottomans. The ancient city was devoted to the godess Artemis whose famous temple Artemision was one of the seven wonders of the world. The city, around the 1st century AC was a prominent center of Orthodox Christianity, created by desciples of John the Baptist and visited by Paul.

In the photo ruins of the old city visited by a Muslim High School.