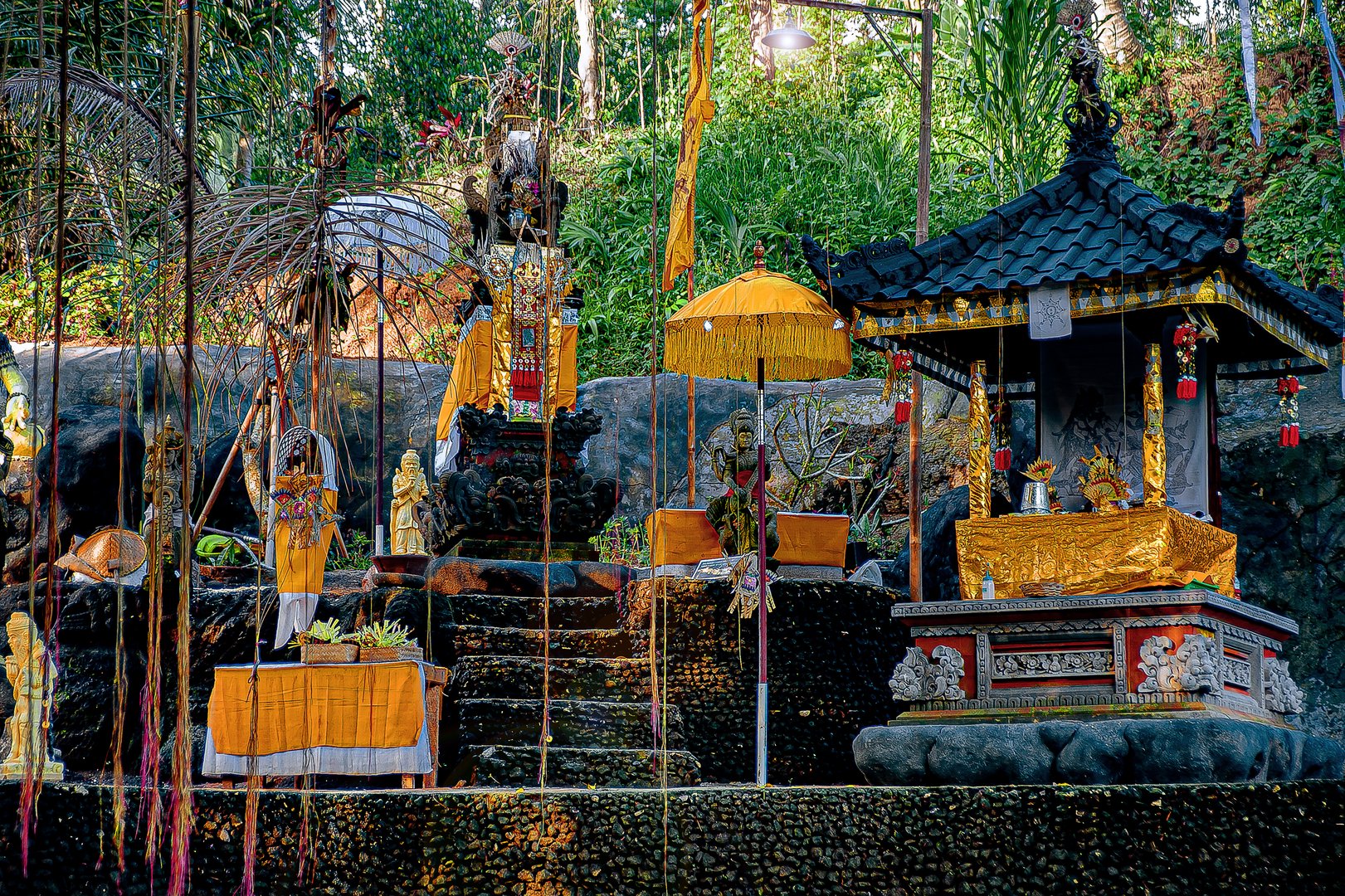 Hindu shrine in the jungle

Hindu shrine in the jungle

Pura Beji Griya, also written Beji Giriya, is a newly opened holi place in the district of Sangeh, known through the monkey park in Sangeh, province Mengwi.
There are plenty of different gods in Balinese culture and religion, here is to sacrifice the three major ones being Brahma, Shiva and Vishnu.
Dewa Brahma is the God of all Knowledge, often painted in red in temples in Bali.
Dewa Vishnu is the merciful Protector of Life.
And god Shiva (Siva) is one of the most important gods in the Hindu pantheon and is considered a member of the holy trinity (trimurti)