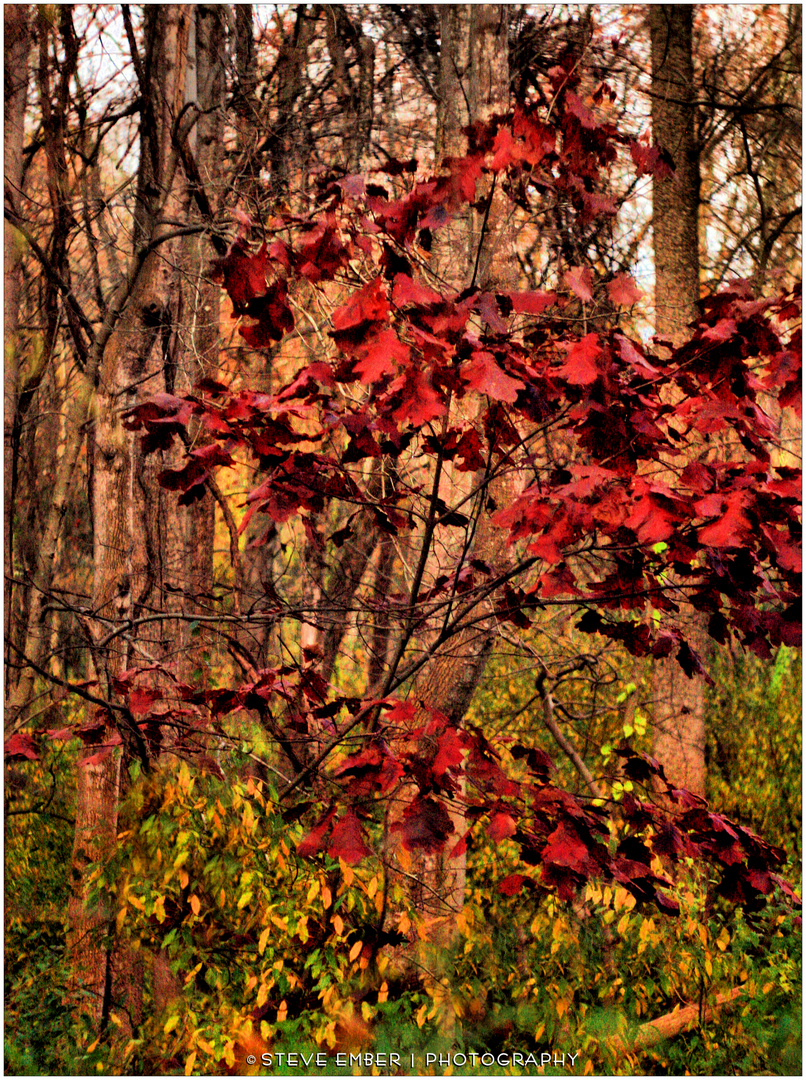 I guess my love for Viennese waltzes is showing, as I just had to title this new photo...
"Tales from the Vienna Woods"

No, it's not from the woods that inspired Johann Strauss Jr. to write his inviting waltz of that name...(*)

But it WAS taken in the inviting woods of Vienna...Virginia.

Earlier this week, I returned to the high ground in Vienna where I was shooting the
previous afternoon (**) and decided to explore what lay on the other side of the rise.

Along the way, my eye was captured by this clump of stubbornly persistent autumn reds in the forest. While most of
the leaves around them had left the trees, these seemed to be saying "Autumn isn't done...and neither are we!"

(*) While editing the images from that walk, I just had a hankering to hear that waltz again - complete with zither solo - and how better to do so than with Zubin Mehta conducting the Vienna Philhamonic from the 1990 Neujahrskonzert!
https://www.youtube.com/watch?v=-6GYk0YhjOo
(**)


And here's hoping...one day...I can share with you some photos taken in the "other" Vienna Woods.
With more Strauss, natürlich!