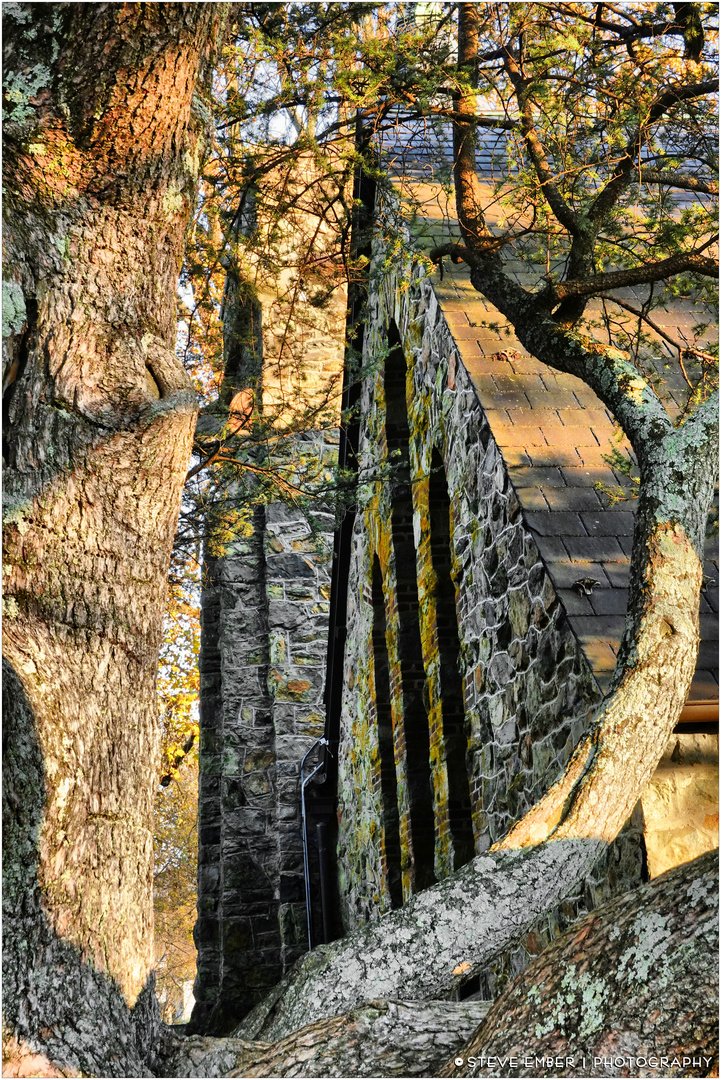 Grace the Plains No. 1

Grace the Plains No. 1

The engaging patterns and colors of the stonework of Grace Episcopal Church in The Plains, Virginia
are complimented by some of nature’s own fascinating textures and patterns. I loved the way this fine
old tree framed the front elevation of the church in the late afternoon sunlight of this November day.

The church was actually established in 1855, but the present stone structure, in the style of 13th century rural English Gothic architecture, dates from the second decade of the 20th century. The locally sourced stone which gives the building so much of its character came from free-will donations from neighboring farms. The present church was consecrated in 1918, and its parishioners come from not only The Plains but from communities well beyond.

It was fascinating to learn that “Grace The Plains” is also an active cultural center, being home to
theater and opera performances, as well as a popular concert series and a regional art show.