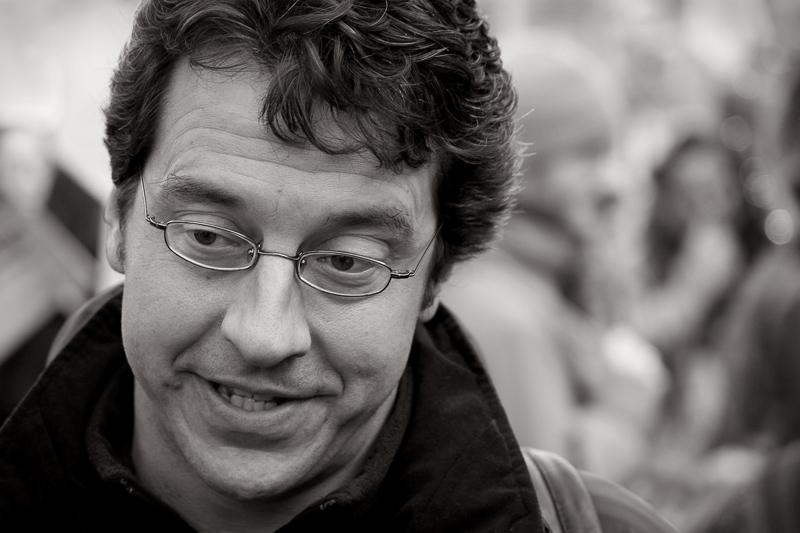 This shot was taken at the climate march on the 3rd December of my hero George Monbiot and the quote below is from his speech at the American Embassy.

And we find ourselves in an extraordinary position. This is the first mass political movement to demand less, not more. The first to take to the streets in pursuit of austerity. The first to demand that our luxuries, even our comforts, are curtailed..