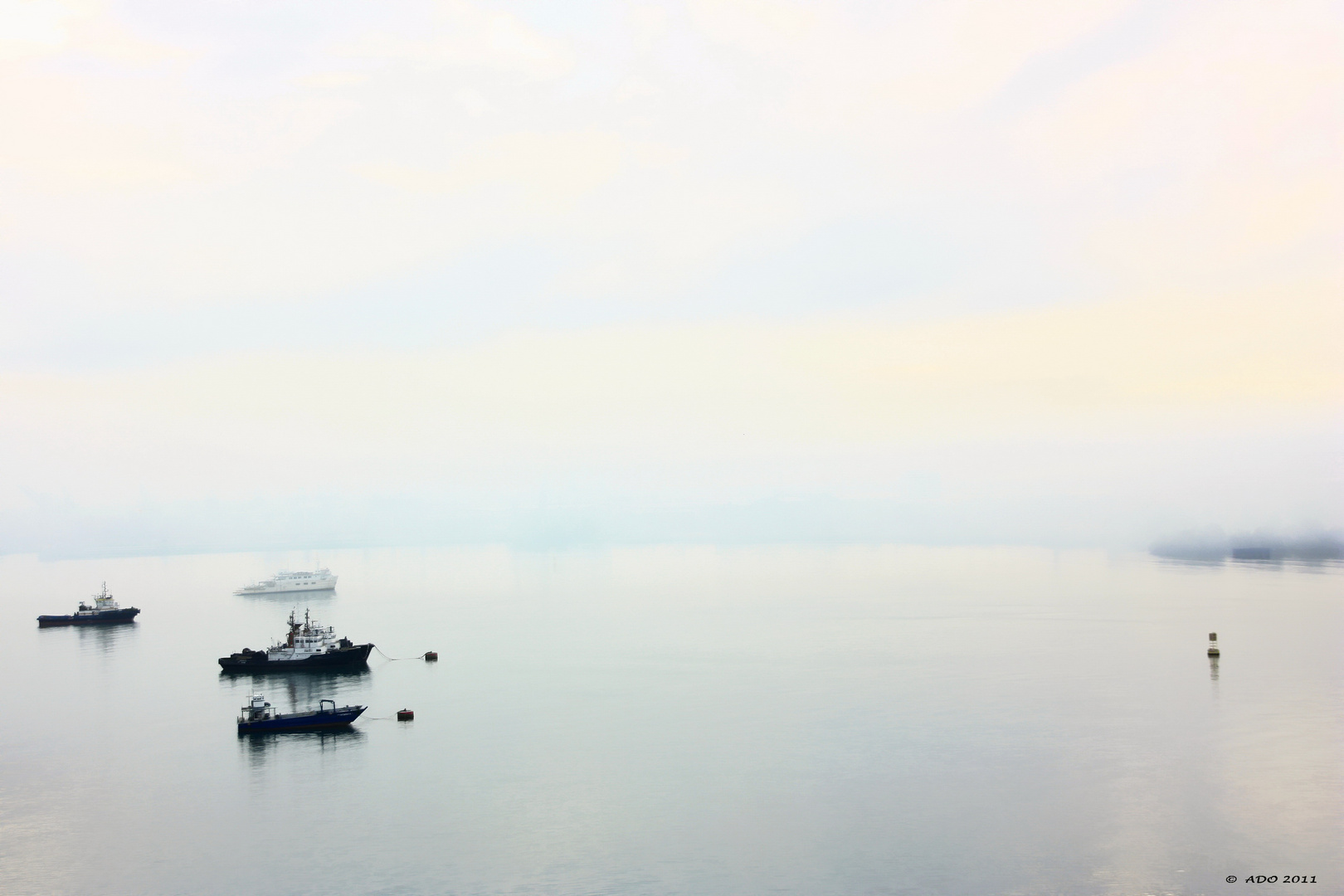 Gatun Lake is a large artificial lake situated in the Republic of Panama; it forms a major part of the Panama Canal, carrying ships for 33 km (20 miles) of their transit across the Isthmus of Panama.
The lake was created between 1907 and 1913 by the building of the Gatun Dam across the Chagres River. At the time it was created, Gatun Lake was the largest man-made lake in the world.
The lake is situated in the valley of the Chagres River. It was formed, and the river widened and deepened, by the construction of the Gatun Dam about 10 km (6 miles) from the river's mouth in the Caribbean Sea in 1907–1913. The geography of the area was ideal for the creation of a large lake here; the hills bordering the valley of the Chagres open up widely around the area of the lake, but come together to form a gap just over 2 km (1.4 miles) wide at the location of the dam. The damming of the river flooded the originally wooded valley; almost a century later, the stumps of old mahogany trees can still be seen rising from the water, and submerged snags form a hazard for any small vessels that wander off the marked channels.
(Thank you, Wikipedia)

We travelled the Panama Canal after visiting Cartagena - it was very interesting and so different from what I had expected. Hope you'll stick with me for this trip.