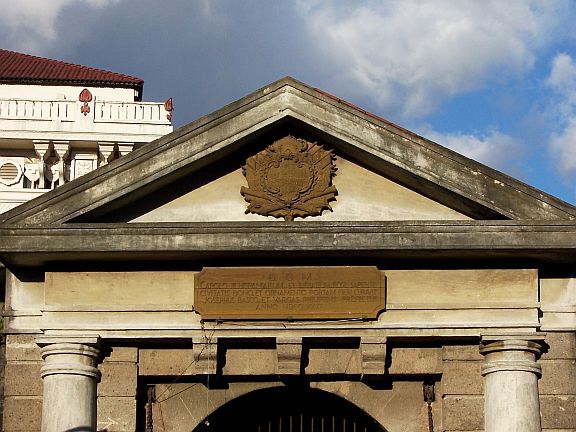 Gateway to the Old City of Manila - Intramuros

Gateway to the Old City of Manila - Intramuros

During the spanish colonization of the Philippines for almost 300 years, several cities have been established. The most famous is the walled city of Intramuros in Manila. Here, I have photographed the gateway to the old city. Mostly in ruins due to heavy bombings when the Americans came, most of the structures that were still restorable now looks similar as when they were freshly built some 200 years ago. While some, ruins are left as reminders of the past. In this gateway to the old city, latin inscription comemorating the gate in the year 1781, some 224 years ago at the time of this upload.