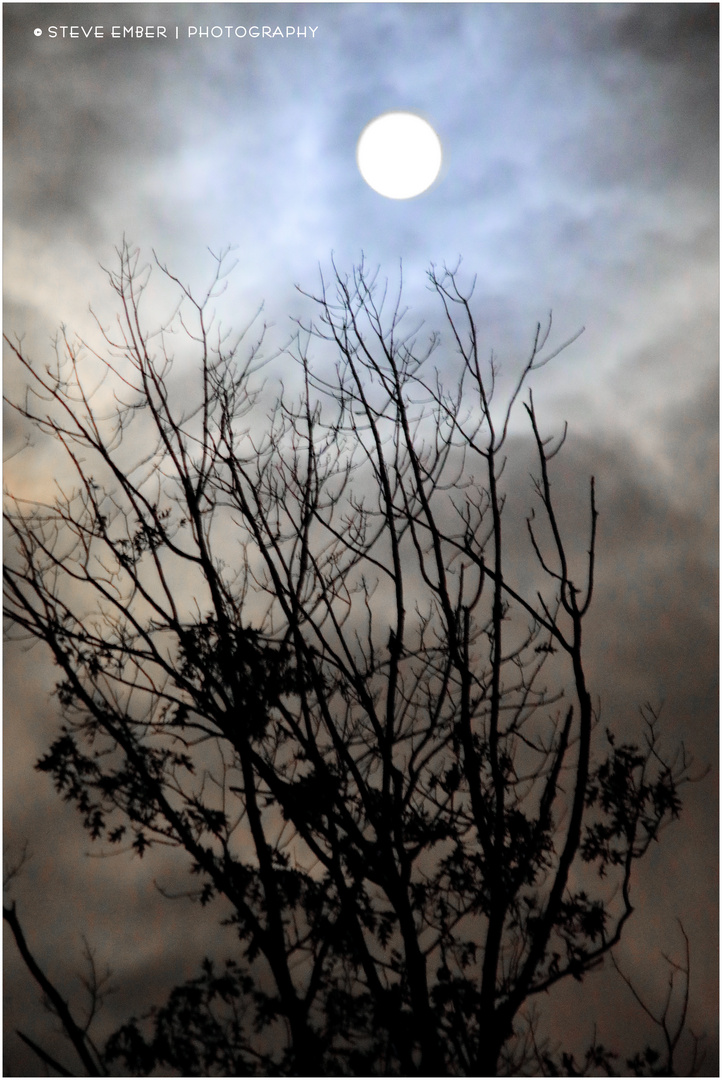 Not one of my most dramatic moonscapes, but it will have to do,
as I understand the next blue moon on Halloween won't be until 2039 ;-)

Clouds of an approaching front dashed my original plans to shoot this second full moon of the month
Saturday evening (Halloween) when it was impressionably large and orange and closer to the horizon
and as part of a scene I'd photographed earlier in the month under a crescent moon.

But, when I returned home, there were at least moments of clarity amidst the scudding clouds. One such
moment, at 8:48 PM, above the trees along my street, as their limbs transition from autumn to "almost-winter."