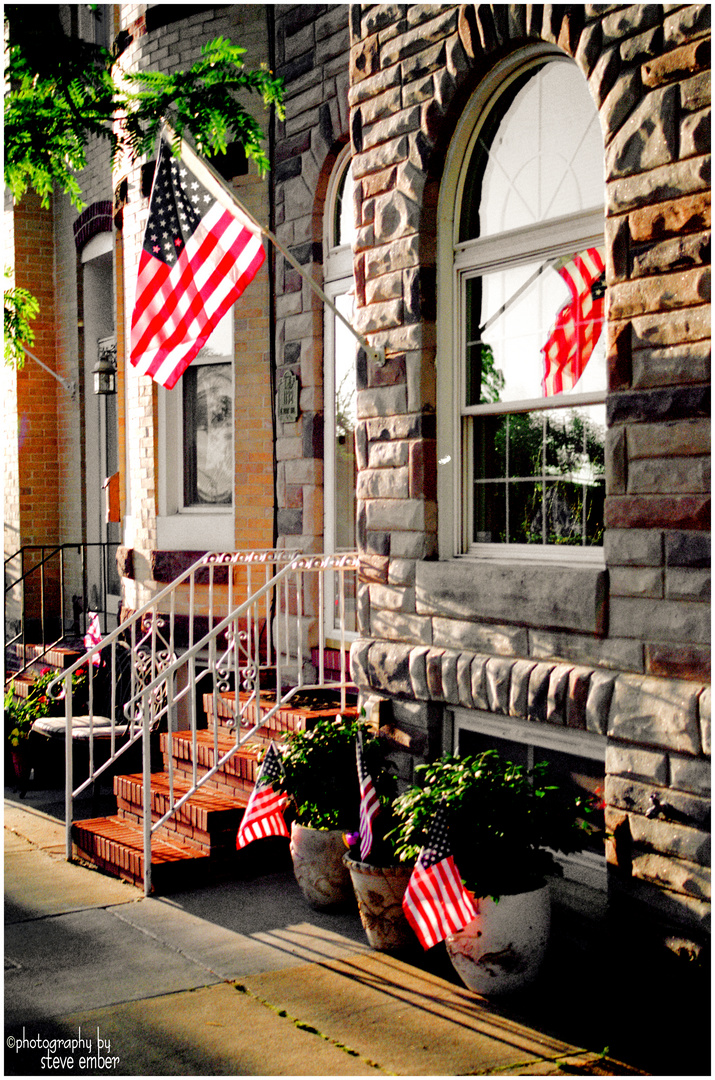 American flags adorn this formstone-covered row house in South Baltimore's
Locust Point in the golden sunshine of a summer afternoon.

"Formstone" was a popular covering in the 1950s for Baltimore's brick row houses
and still appears in many of the city's neighborhoods alongside the original brick facades.

The scene was captured last summer on Kodak Royal Gold-100 film
through a Canon 28-80mm f/2.8-4 L-Series lens with polarizer on my EOS-3.

Nearby, an example of how residential and the industrial exist side by side in certain areas of Baltimore.