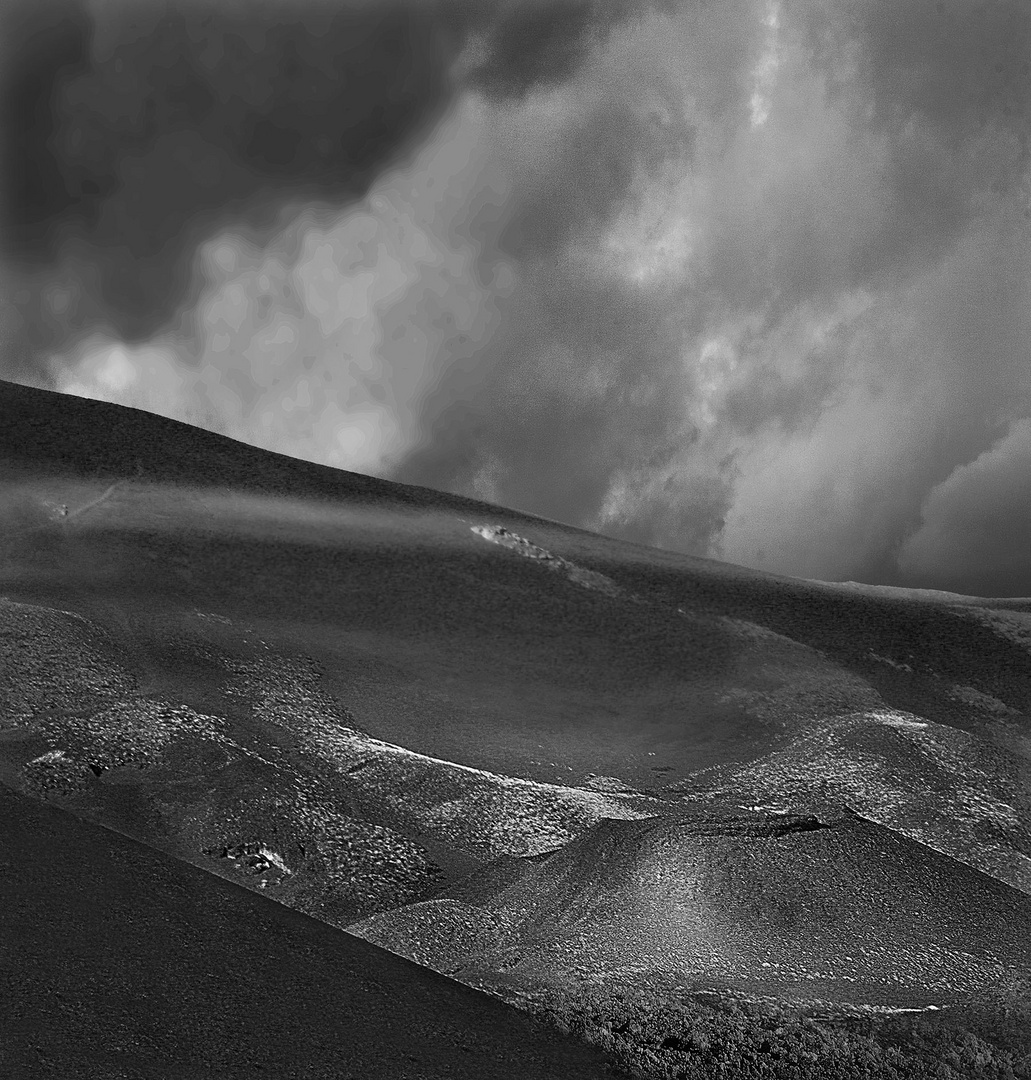 Etna, located in Sicily, is the tallest active volcano in the European continent(3300m), with many craters still roaring maliciously and intimidating till today(2012).Scientists have done their best to demystify volcanoes and present them as simple physical occurences but to no avail...From the very ancient times the volcano has been considered as the mouth of God's wrath. Zeus confined ferocious monsters in their infernal depths delivering them accordingly for punishment and Hephestus located his destructive forges underneath. The grandiose spectacle of a volcanic eruption is perhaps the most convincing indication of nature's unequalled power always there to remind us that apart from her benevolent, protective and generous side, hides also another one malignant, ferocious and vindictive that is and will for ever remain unchallenged by any human resistence and ready to be delivered any time we don't respect her integrity. Thriving civilizations have vanished under boiling lava waves as the Cycladean, Minoan,Pompeian not to mention the mythical continent of Atlantis reported by the historians to have been entirely engulfed within earths depths. Homer, Diodorus, Virgil, Plinius and many other give detailed descriptions of spectacular eruptions in the past ages and Etna is one still remaining in full action.

The photos in this series are from a very recent visit to the volcano and they were taken immediately after a torrential rain with hailstone...