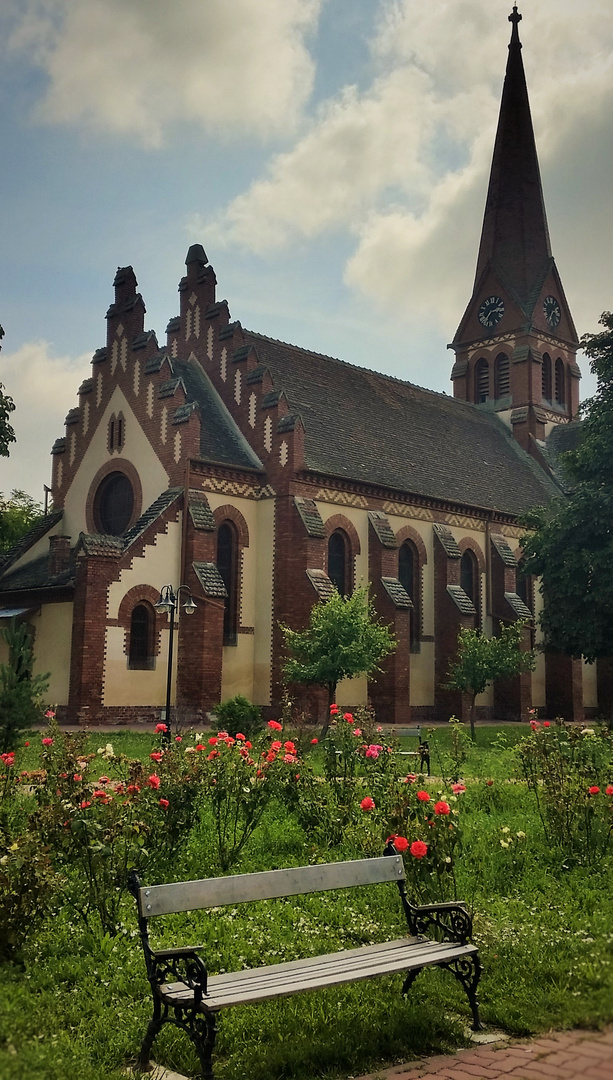 Dumbravita Reformed Church, a story of more than a century!

Dumbravita Reformed Church, a story of more than a century!

The village was founded in 1891 and was populated by Hungarians brought here Szentes city and place of worship was built ten years later and consecrated in 1903 belongs to the Gothic style and is, in its way, almost unique.
Established by the decision of King Ferdinand, the carrier of the Austro-Hungarian royal crown and originally called Ujszentes (New Sentes) settlement near Timisoara has many beautiful placeces

The one who dares to climb the belfry high sanctuary of prayer is part of an impressive view over the village. Stuck mechanism of the clock tower scholar says no tic-tac about old times