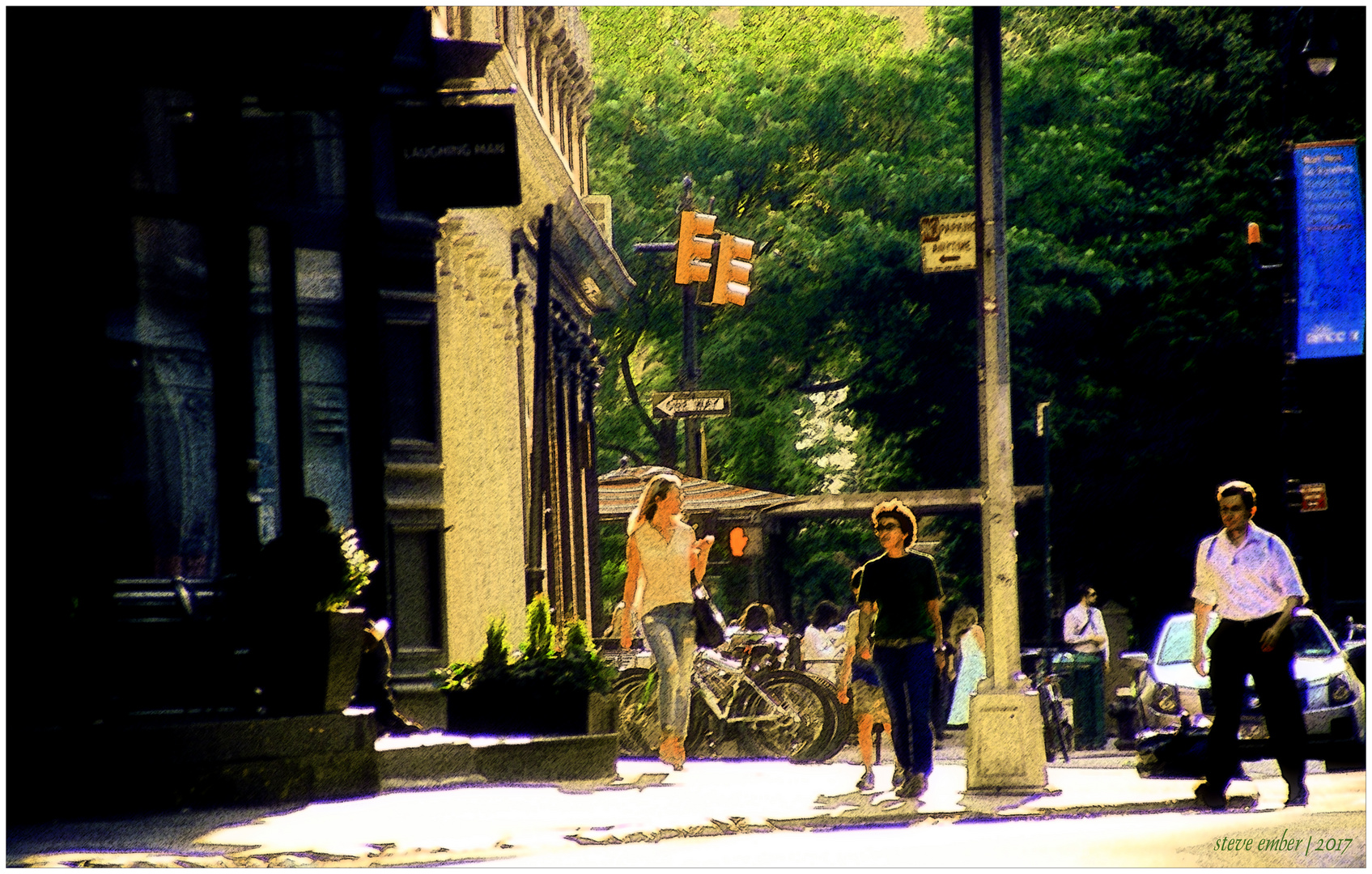 This impression suggested itself after revisiting some photos taken on this inviting street in Lower Manhattan, in that special kind of late afternoon light New York generously offers the photographer, for a story I was writing about rediscovering the pleasures in shooting with a “new” copy of my first Canon EOS film camera, purchased in 1988.

The shots, taken in June 2013 on Kodak Ektar-100 film, were pleasant enough, but
I thought perhaps just a bit too “literal” to really capture the special sensations I had
experienced (*) while shooting on that first afternoon in Tribeca in such delectable light.

About that happily re-discovered camera...
https://medium.com/@emberphoto/happy-anniversary-eos-8d13a7413cbc