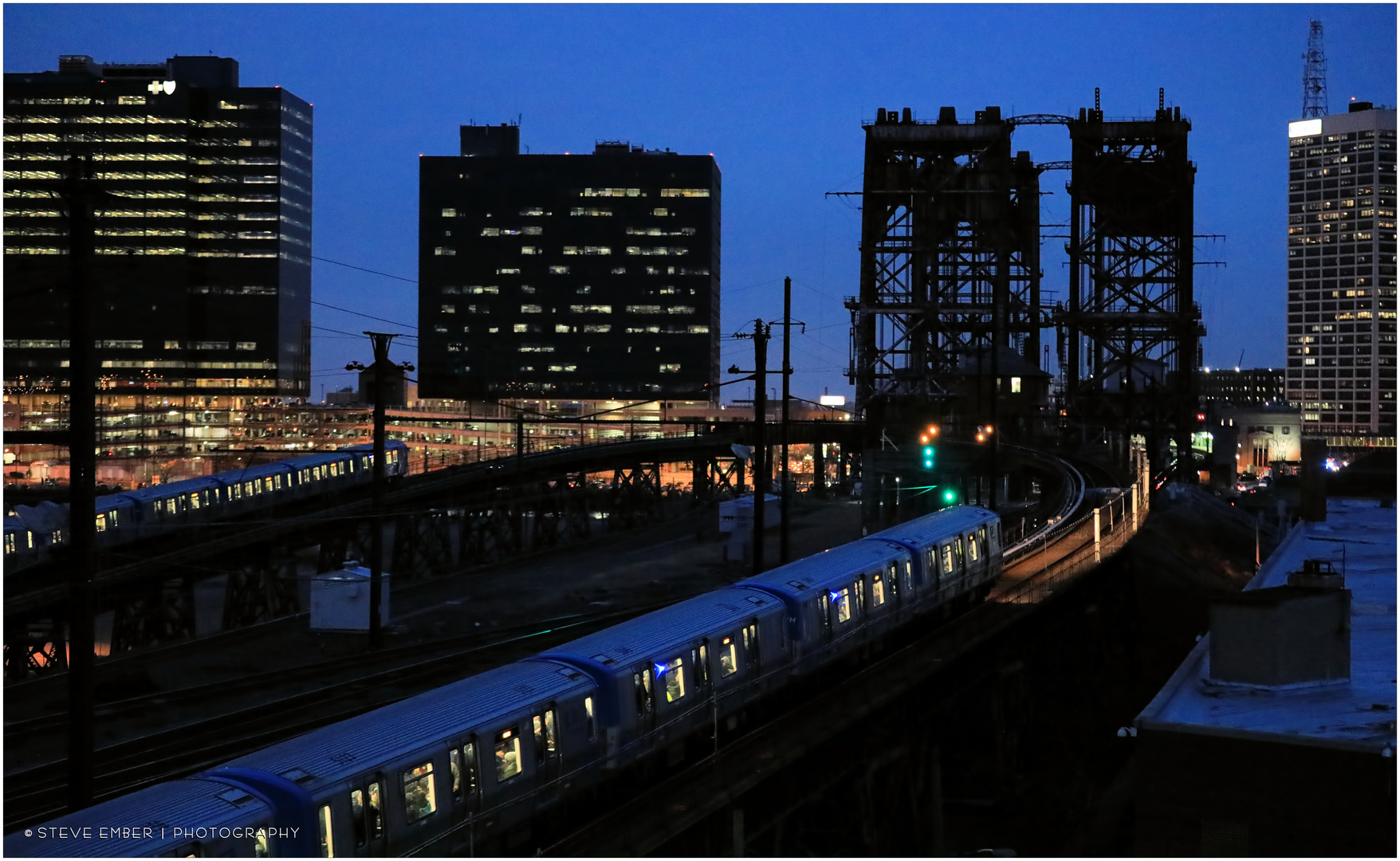 Blaue Stunde, or Blue Hour, comes early in the New York/New Jersey area in December…and doesn’t last long.
So I felt fortunate in getting to my vantage point in Harrison, NJ in plenty of time to set up on this late afternoon in early December, 2017.

The massive Dock Bridge carries trains of Amtrak, NJ Transit, and PATH (Port Authority Trans-Hudson) on two
levels across the Passaic River between Harrison and Newark Penn Station. PATH trains normally run side by side over most of their trackage between Newark, Hoboken, and intermediate points in New Jersey and Midtown Manhattan and World Trade Center in Lower Manhattan. However, here at Harrison, they flank the broad multi-track mainline of the Northeast Corridor, served by the heavily trafficked lines of Amtrak and NJT.

The PATH tracks will, in fact, come together at Newark Penn, as the Newark-bound train will use a “fly-over” within the massive bridge structure to move over to the left side to enter that station. Both PATH trains are made up of Kawasaki-built PA-5 railcars.

The position-light signals seen just beyond the Newark-bound Path train are for the Northeast Corridor lines in this rare moment where there's not at least one Amtrak or NJT consist speeding past and competing with PATH for the attention of a train photographer’s eye! (*)

The photo was taken on December 8, 2017, as I realized a long-held desire to photograph trains on the Dock Bridge at twilight, after crossing that impressive structure countless times since childhood on trips to and from NYC. My then-new Canon EOS 5D MkIV (with its high quality at high ISOs) and EF 70-200mm f/2.8 II L-Series Image-Stabilized lens – both purchased actually for some twilight to full night open-helicopter shooting over Manhattan six months earlier - gave me the confidence I needed for catching such Blaue Stunde train moments, hand-held, from terra firma!.