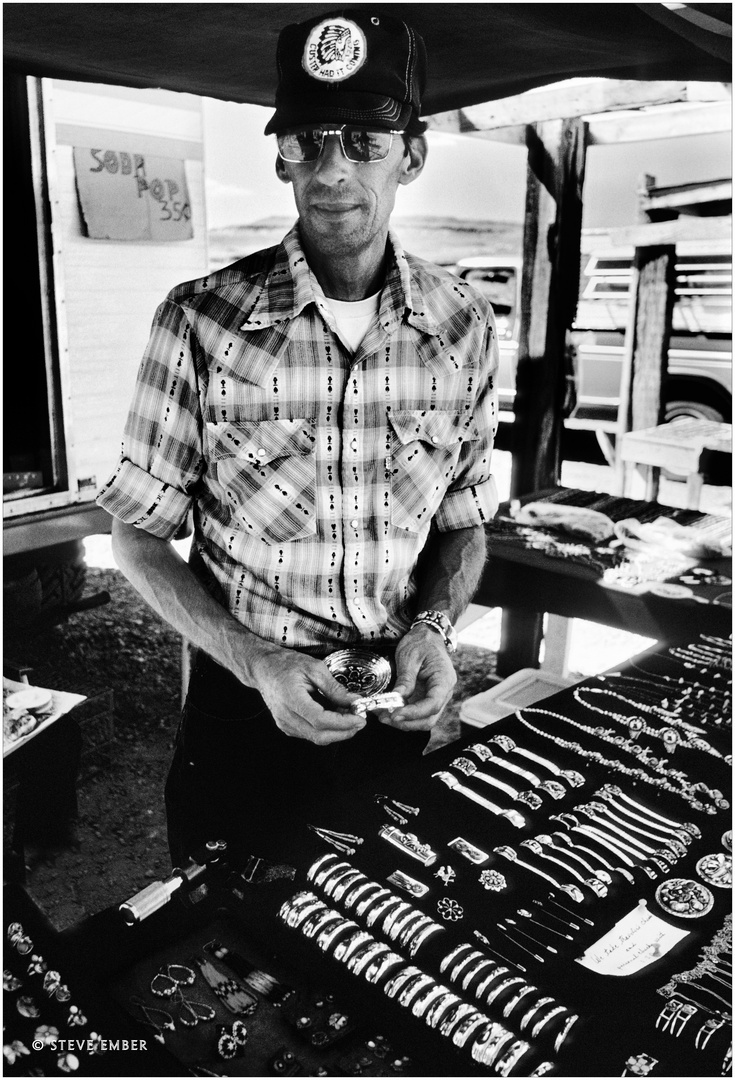 Custer Had It Coming...

Custer Had It Coming...

Under shelter from a blazing desert sun, a Native American jewelry craftsman displays his products on a summer afternoon, near Grand Canyon in Arizona. His cap shows a traditional Native American headdress and the words "Custer had it coming."

From a film image. It makes its first appearance today.