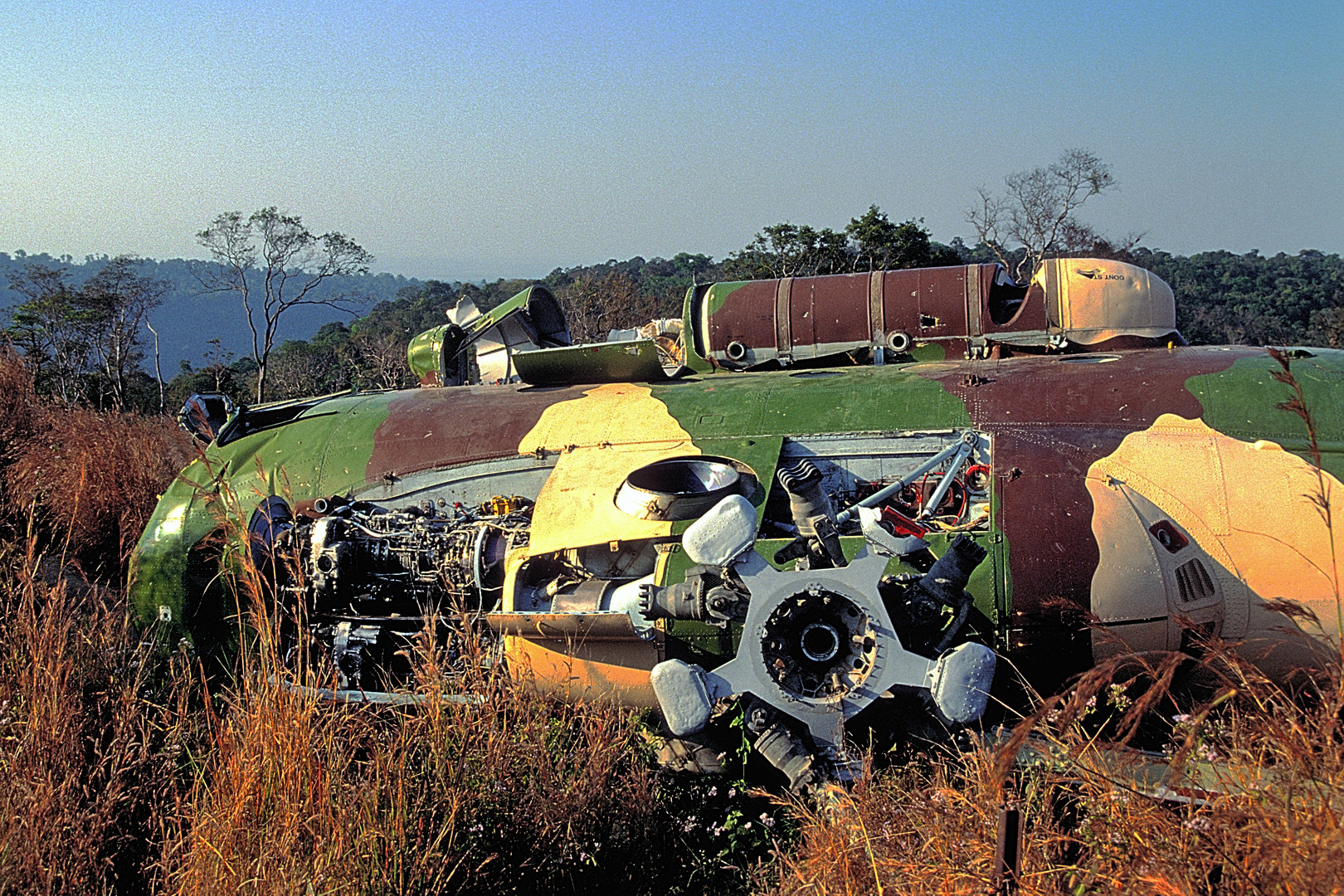 Crashed down helicopter at the Preah Vihear premise

Crashed down helicopter at the Preah Vihear premise

Adding to my photo I set before:
This helicopter crashed at 1st of April 2000.
Thirty-seven people, including 11 foreign journalists and a British diplomat, had crammed into the helicopter. But the reason for the over-crowding was more that the military had charged journalists $40 a head for the ride.
The normal payload is just 15 people.
The fattened helicopter foundered on its approach to the temple steppes, bumping the ground twice before tumbling on its side, breaking up and in doing so detonating two mines.