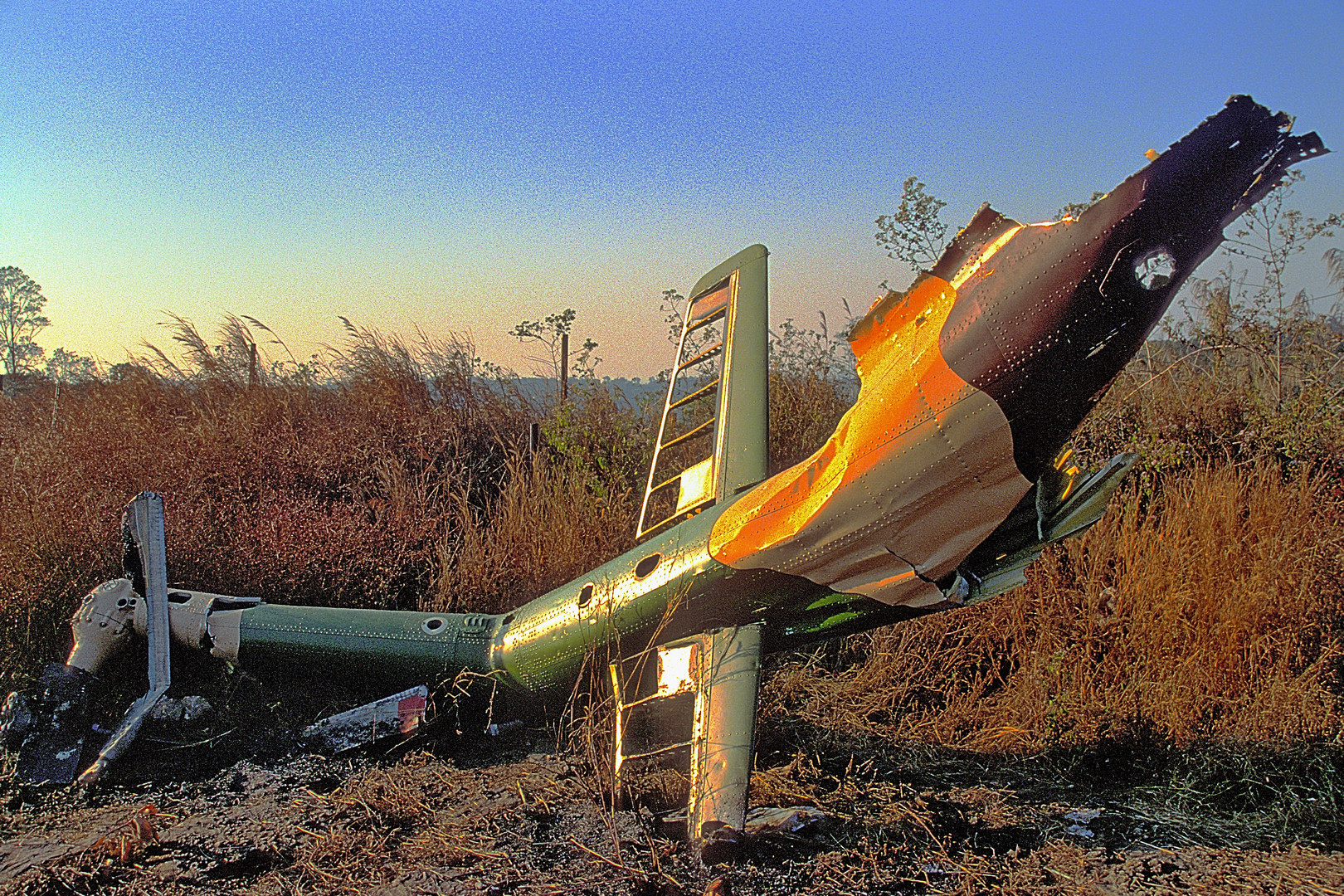 This helicopter crash site was up there on my trip up back in the 90's. It was a Thai army copter that crashed while bringing up some friend of either the Thai King or the Prime Minister, thats was local people say.