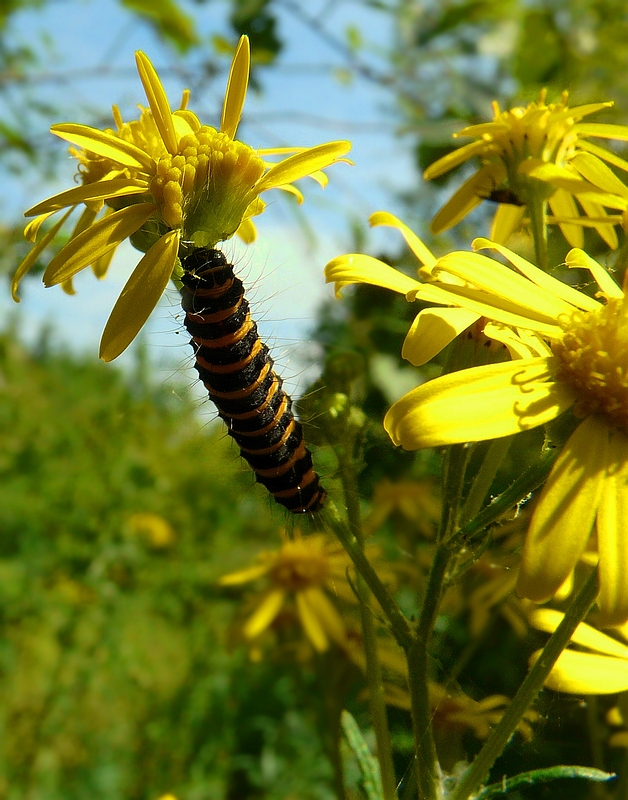 Ragwort however contains poison, but this caterpillar absorbs easily the very bitter tasting toxic substances and stores them in its skin. Becoming inedible in this way, together with the bright colours which act as a warning sign, this caterpillar is seldom eaten by predators.

During its evolution, a peeling proces takes place approximately 5 or 6 times. This is important, because after the peeling, he’s rid of all absorbed poison !

More information on Ragwort, can be found in the picture below.