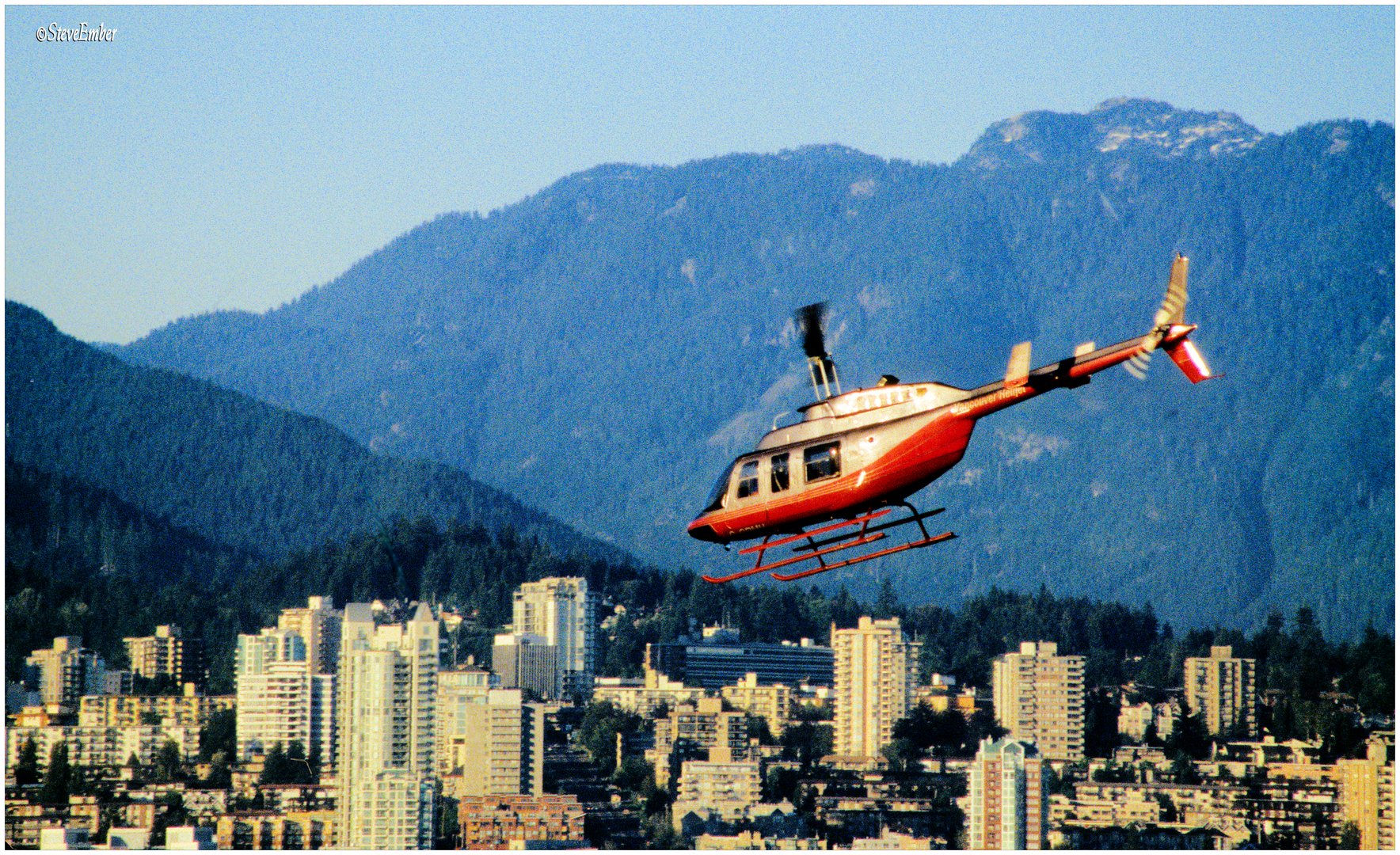 The golden sunshine of an autumn afternoon paints the helicopter, which has just taken off from the
harbor helipad, and apartment buildings in a warm glow against the forested mountains of North Vancouver.

The scene was captured on Kodak Ektachrome EL-400 film through a Canon
Image Stabilized 75-300mm lens, wearing a polarizing filter, on my EOS-1.

It is presented for the first time in celebration of the recent announcement by Kodak Alaris
that it would once again be manufacturing an Ektachrome slide film later this year.