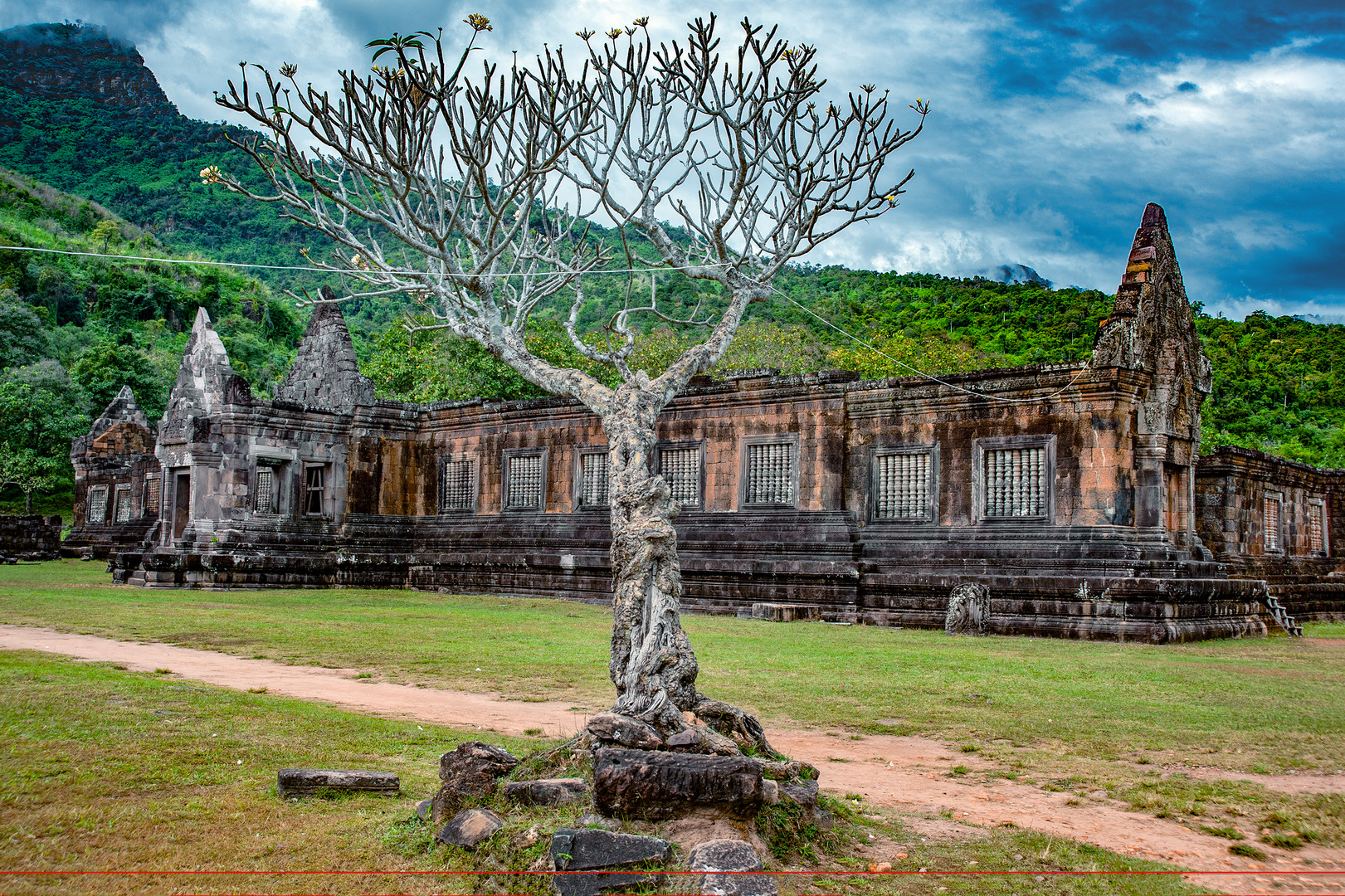 The Wat Phou complex is the Birth Place of the whole Khmer Angkor Empire.

The Northern Quadrangle which is seen behind the tree lies on the right side of the main causeway of Wat Phou.
The architecture is classic Angkor style, probably from the early 11th century, with highly decorative stone lintels above each doorway and balustraded windows. Over the last decade much work has been done to restore by experts from Korea, India, France and Laos these beautiful buildings.