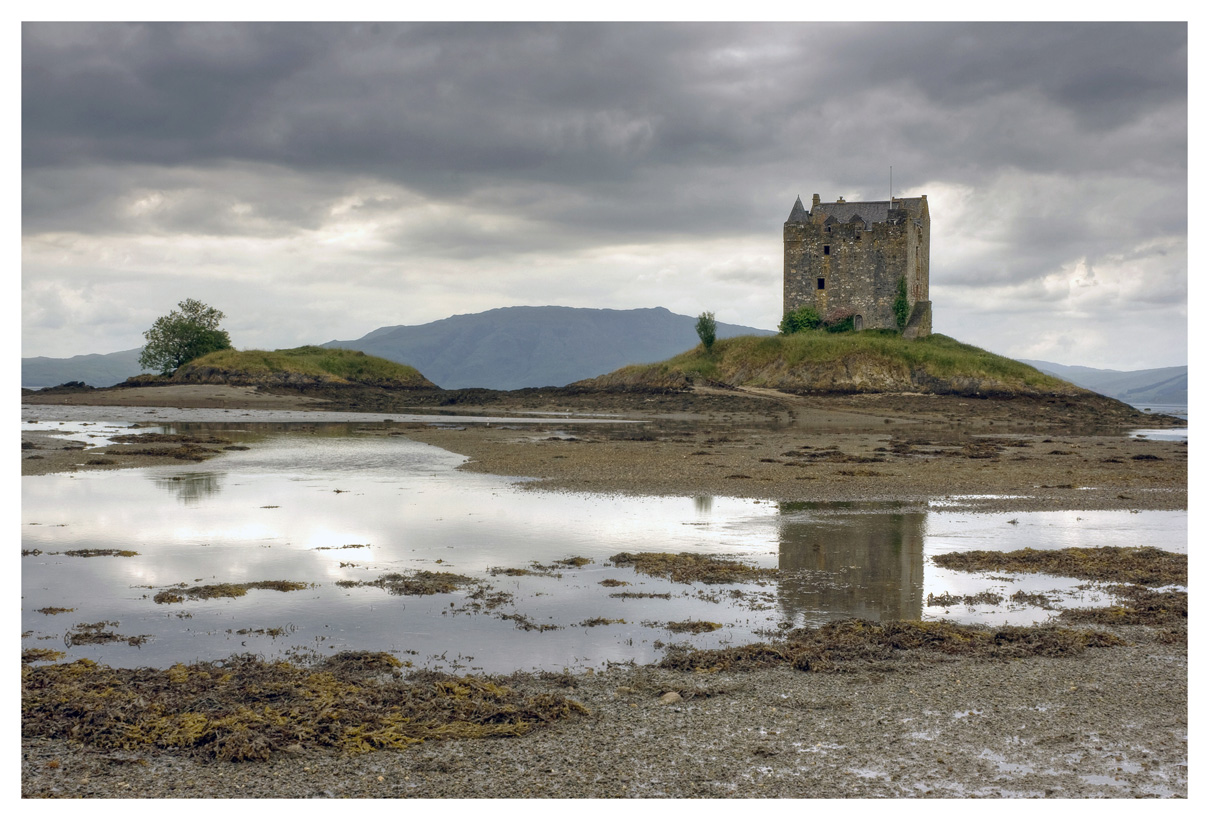 Castle Stalker, built around 1540 by Duncan Stewart of Appin, this much-photographed castle was gifted by him to James IV for use as a hunting lodge. The castles Gaelic name Caisteal Stalcair translates as 'Castle of the Hunter'. It sits at the mouth of Loch Laich (by Loch Linnhe) on a rocky islet known as the Rock of the Cormorants.
The castle, like so many in Scotland, has had a turbulent history. One 17th century Stewart gambled it away to a Campbell for an eight-oared galley During the 1745 Jacobite Rising it was used as a garrison for troops.