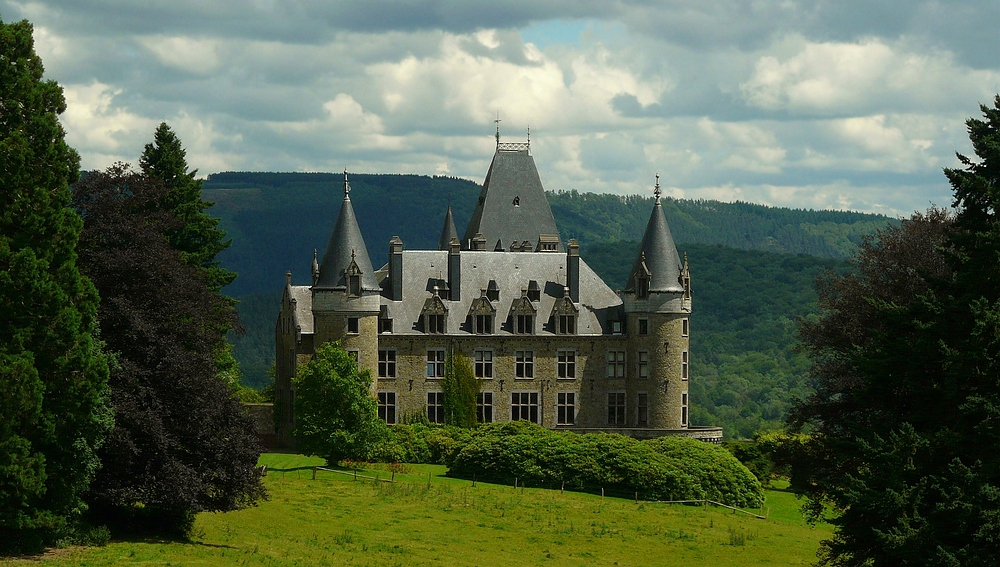 Here’s a second picture of castle ‘Froidcour’ showing another side of its impressive appearance.

The first castle at this site was built in early medieval times to guard the valley of the river Amblève.

The castle is superbly located, isolated and surrounded by vast forests.