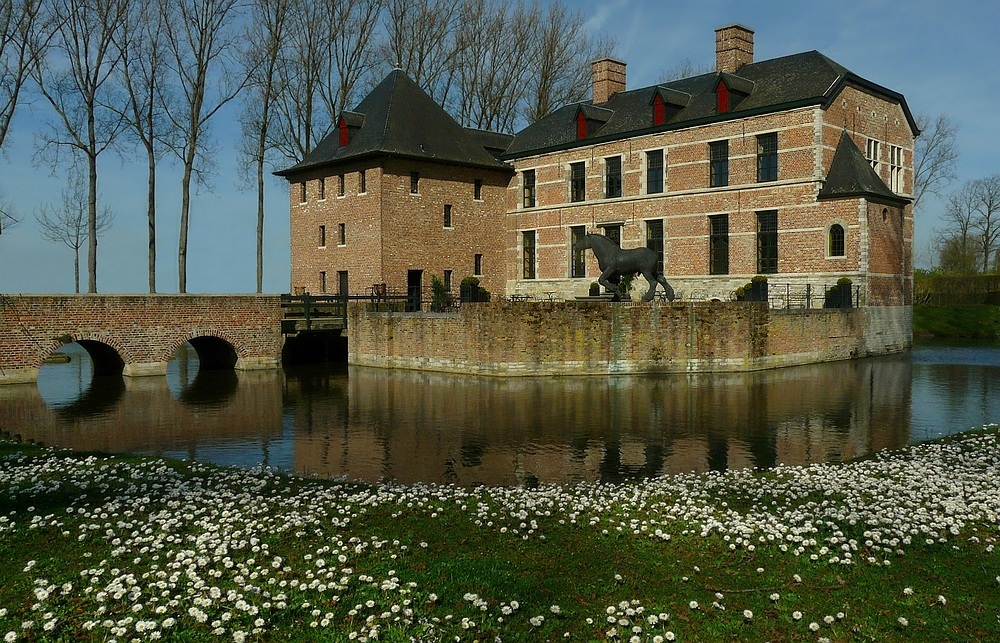 Castle Diepensteyn has a rich medieval history going back to the 12th century.
It was however abandonned and fell into total disrepair at the end of the 18th century.

In 1993, a beer brewery bought the grounds and decided to restore the remaining ruins.
During 2 years, the restorers made all possible efforts to make a copy as close as possible to the original edifice.

After the restoration, the grounds of the castle are also used as a very famous studfarm with the stables (not visible in the picture) as real luxury homes for the grand collection of draft horses of the brewery.
To illustrate this, a big bronze statue of a Belgian draft horse decorates the castle’s forecourt.

Thanks to the “Palm” brewery, castle Diepensteyn rose again from the dead.