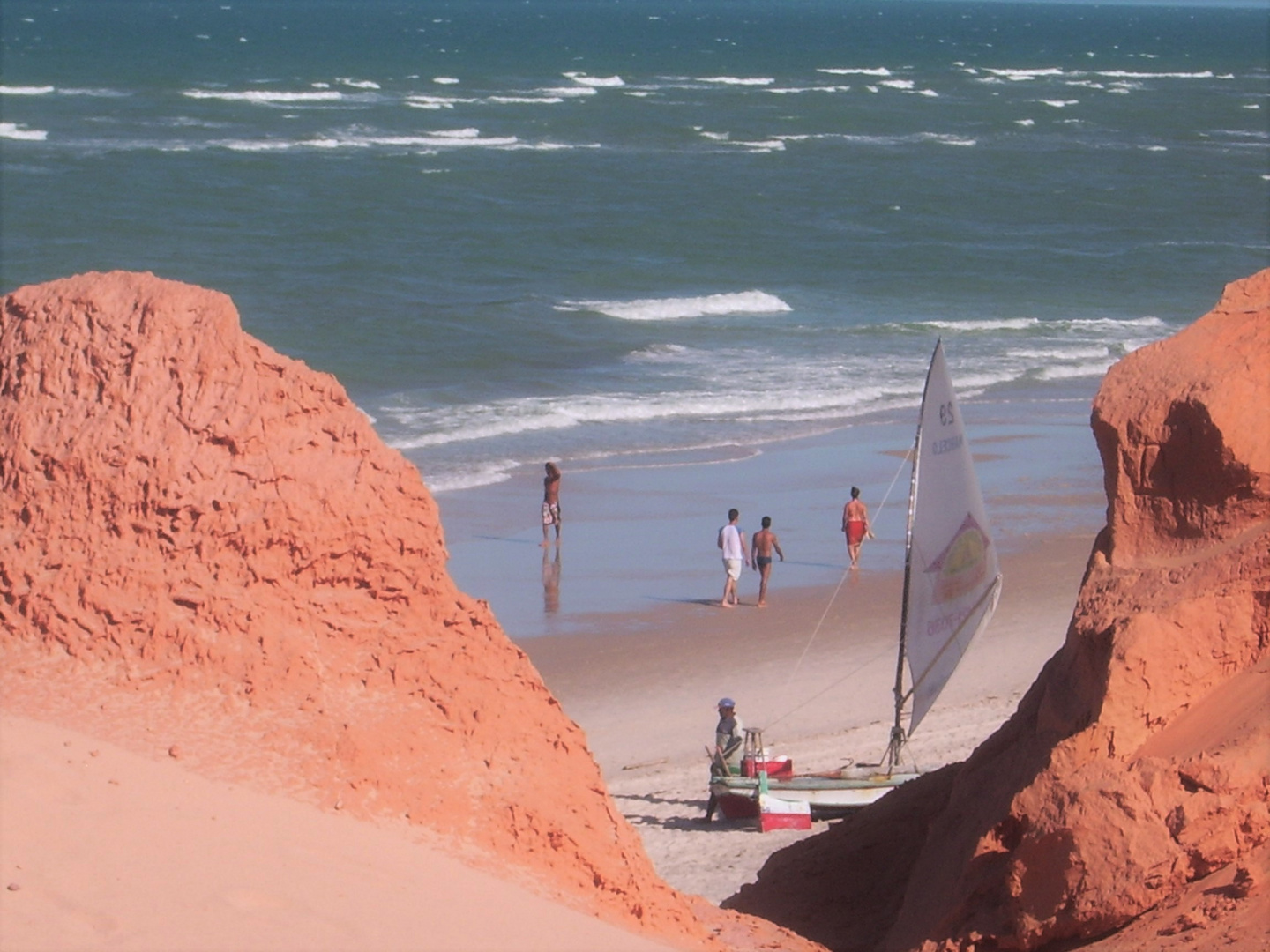 Beach Scene at Canoa Quebrada Beach, Ceara, Brazil
The village acquired fame when it was discovered, in the 1970s, by the "hippies", who found a remote place there, with great beauty inhabited only by an indigenous tribe and some fishermen, a simple and hospitable population, which even today preserve the tradition. fishing with rafts in the sea.