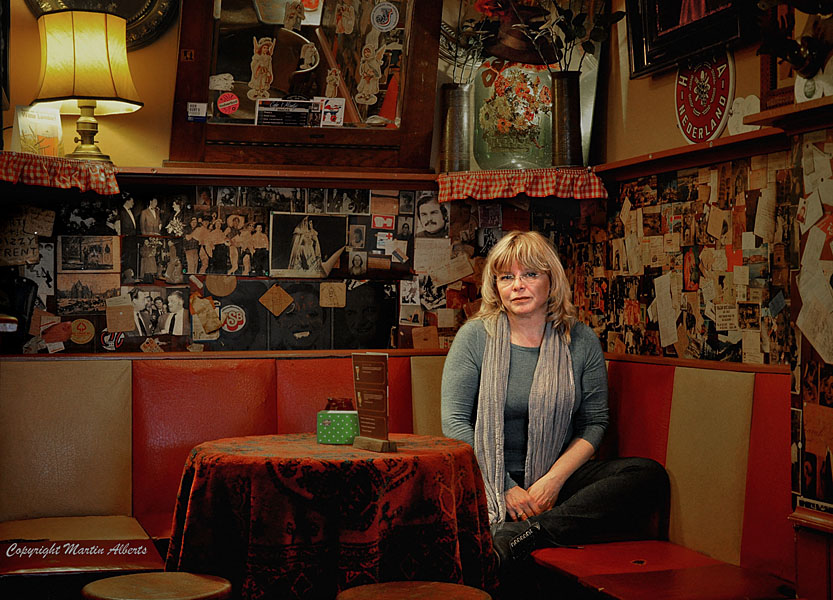 Visit this bar and Diana van Laar will tell you about aunt Bet van Beeren !
Café ‘t Mandje, on Zeedijk 63 in the historic heart of Amsterdam was opened in 1927 by lesbian Bet van Beeren. After her death in 1967, her youngest sister Greet continued the business until it closed in 1982, but the bar and its entire interior was preserved by her ever since and could be visited upon request. Just before her death in August 2007, she took the initiative to have the bar reopened. The bar has been open under the management of her charming niece Diana van Laar since 29 April 2008. (Wikipedia)
www.cafetmandje.nl
Copyright Martin Alberts 2011
More: www.martinalberts.com