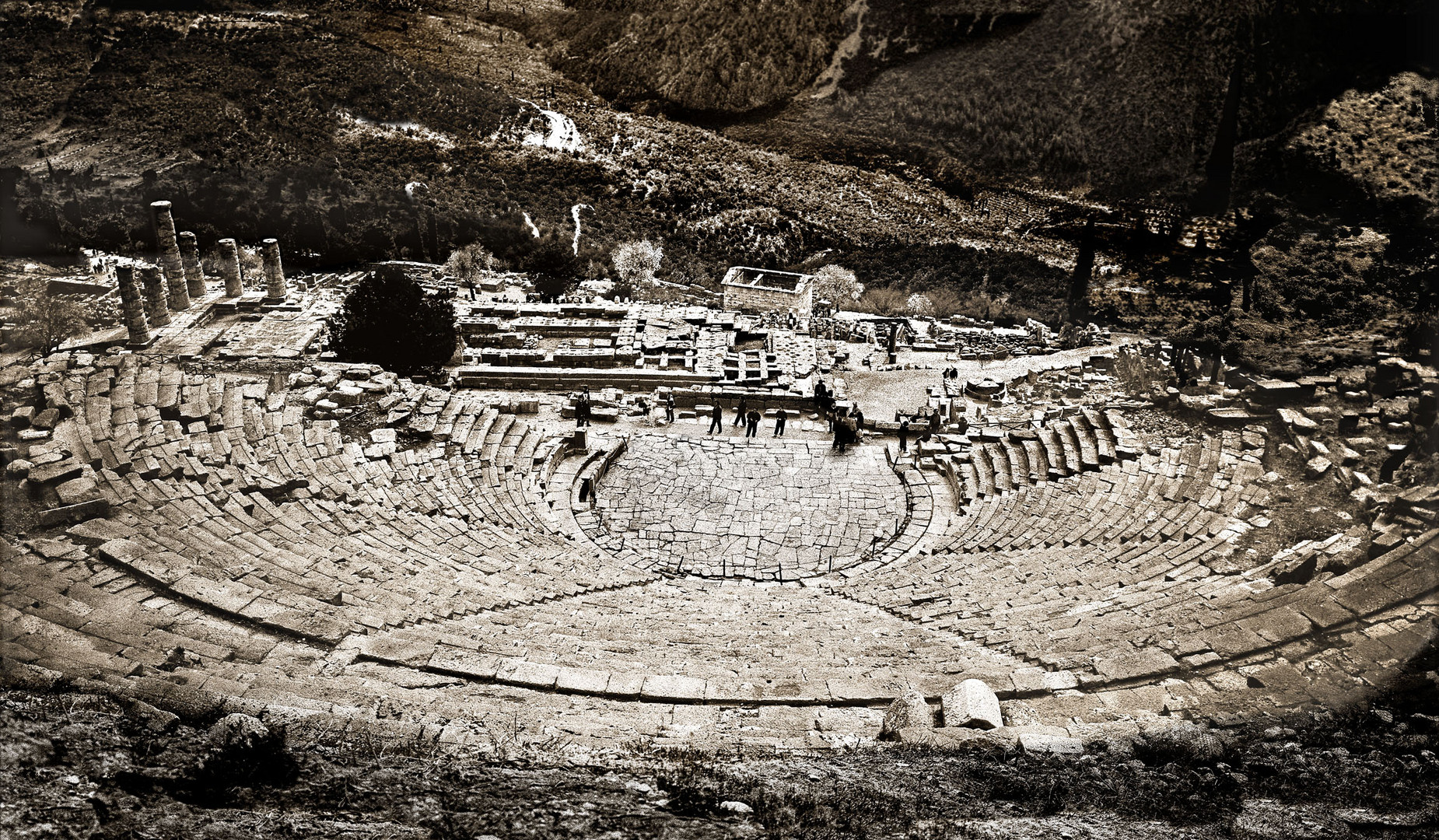 Greece Delphi
Delphi. The Appollo sanctuary The Omphalus of Earth.
But, today, seeing this photo, let's not recall moments of glory. Let's not contemplate on a thriving history of more than eight centuries(from 586BC to 390AC) when it was respected even by the most atrocious enemies that came to kneel with their tresors in front of the Pythia and wait of her oracle.
Today, let's recall the period of decline and concentrate on the morbid moment when, after the order of Byzantine emperor Theodosius issued in 390AC, the last and most unfortunate priest walked out, closed the door behind his back for ever putting a label on it "Sorry, business suspended for indefinite period"... A legendary era of eight centuries came to an end..
A tragic moment indeed that many historians, poets, musicians, painters revived through their art.
The unavoidable decline and collapse of a very intellegently settled business, stated the coolest and less sensitive historians.
The victory and supremacy of Christianity and of real faith upon Paganism and Dodecatheism claims the Clergy, as representatives of God on earth.
Take whatever you want. I would call it a very succesful merge and exploitation of religious mysticism and of political expediency.