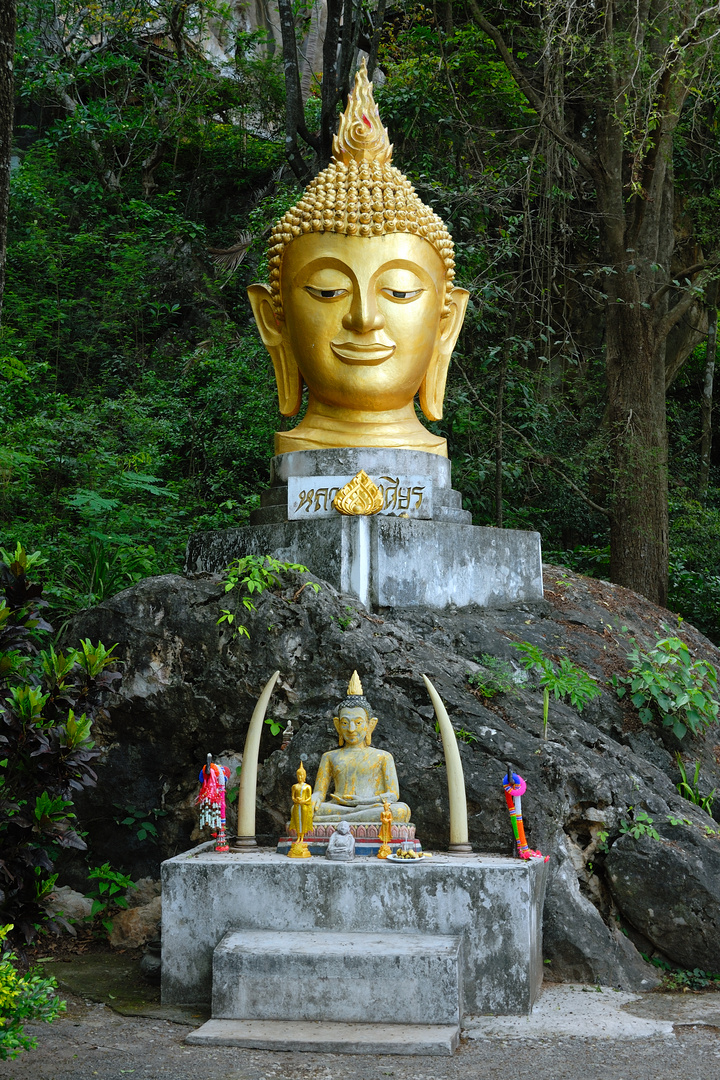 Typical of U Thong Buddha images is a small band between the hairline and the forehead. The head features small curls. The face of the Buddha image is rather square with Mon and Khmer characteristics. During the early period the ushnisha (prominent bump on the top of Buddha's head) is topped by a lotus bud. In later period (Sukhothai influence), this is replaced by an elongated flame. The face became more oval later on, and the body more elongate under the influence of the Sukhothai style.