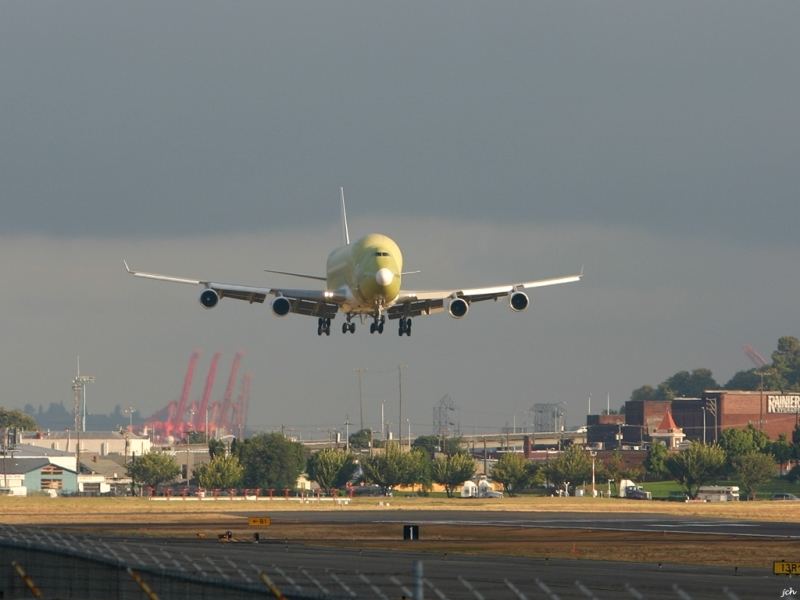 Boeing's first Large Cargo Freighter landed yesterday morning at Boeing Field in Seattle. Quite an impressive beast (with a face only a mother could love)! It's a modification of a 747-400, done in Taiwan under Boeing's direction, that will be used to carry large sections of the new 787 Dreamliner from other countries back here for final assembly. The green is just a primer that will be painted over soon. Photo taken with Canon 300D and 70-200 L IS lens, standing on a ladder to see over the fence.