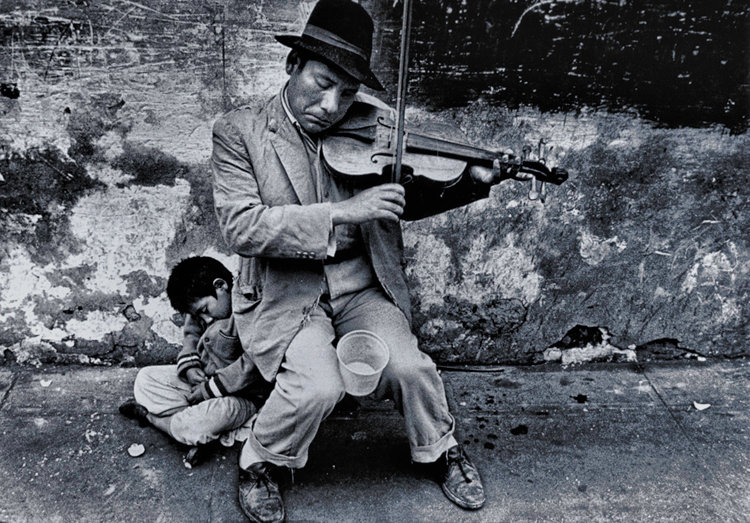 Life in Peru can be a ver power and romantic exploration. For me a walk in the andies is like finding my soul and cleansing it all over again

This image is special to me. It is one of the few that haunt me. I still hear the sound of this blind man playing down the empty stone streets. It was a cold early morning in the Andes, and my coffee sucked. I heard this weird string like screeching in the air. It was my excuse to stop drinking the coffee that might have cause other problems. So I followed the sound. I took three shots one as some would like to see the dull one from in the street looking at him, one where a military man passed by with a big gun and glared at me. This shot is where I was up on him The third and final shot. I did not want to awaken the child. And beside after the short stare down by the militia guy that was about enough to give up. What I have learned with men with guns is that you can't run or top. They are no different than a dog. You run they shoot, you die.

Because I am tall and the need for a powerful shot this was full from. Had I a ladder or was born 6-6 then I might have gotten his tow in and tip of his hat. Te image is now in the archives of the museum of the natural history in New York. When they do the show on the story f man it is apart of it. I know that when I die and 100 years have passed. My name will be alive and in the souls of a few that know and appreciate stories of man and how we struggled. Cheers no matter what this image speaks above all the rest today and in time to come. With tenderness grace can share mans hardships.