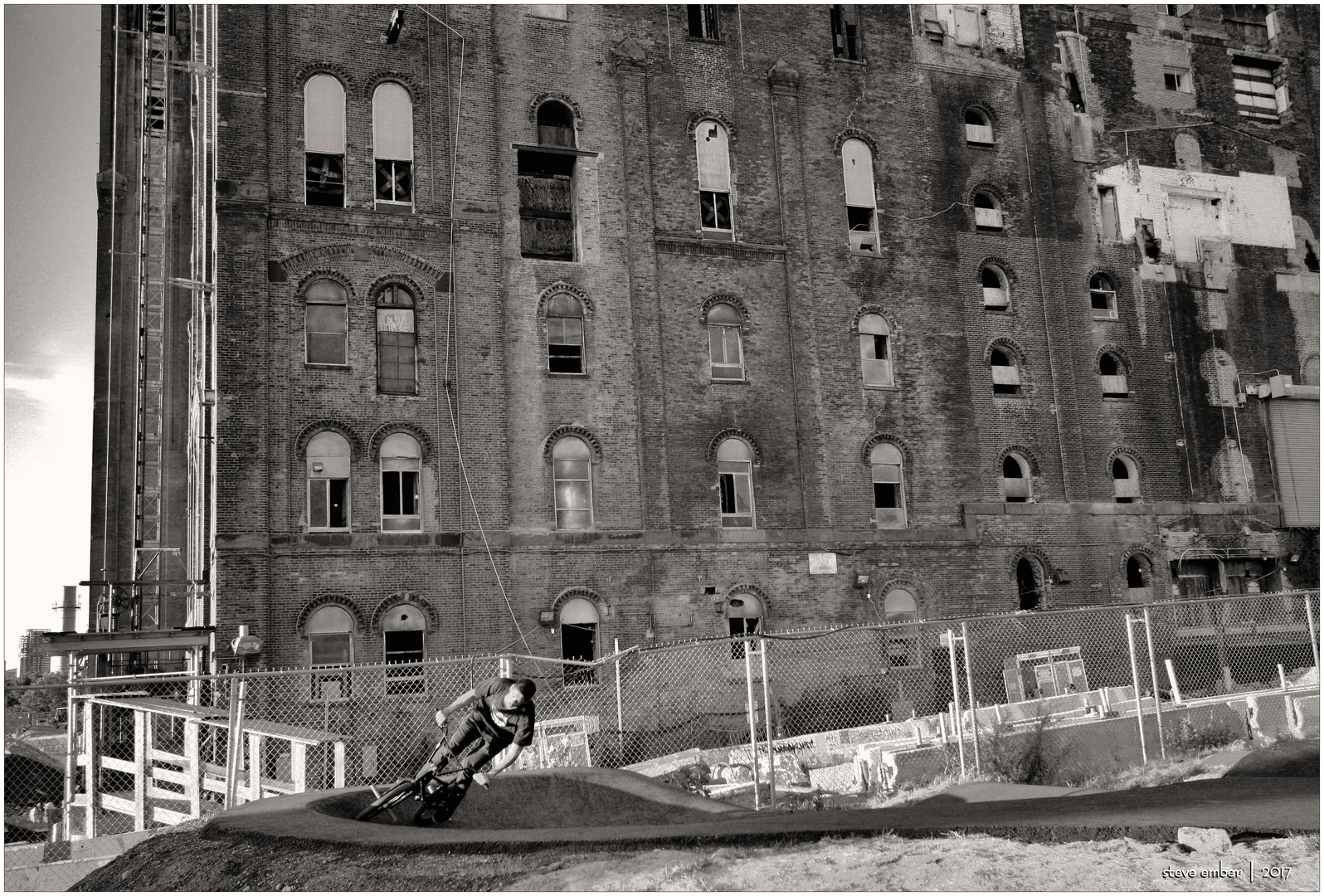 Late on a June afternoon at the Brooklyn Bike Park along the East River in Williamsburg,
just north of the Williamsburg Bridge, a rider negotiates this steeply banked berm.

My elbows were feeling skinned just watching him!

The building is the old Domino Sugar refinery, dating from 1882. It stopped operations
in 2004, and is now part of a redevelopment to include apartments and office space.