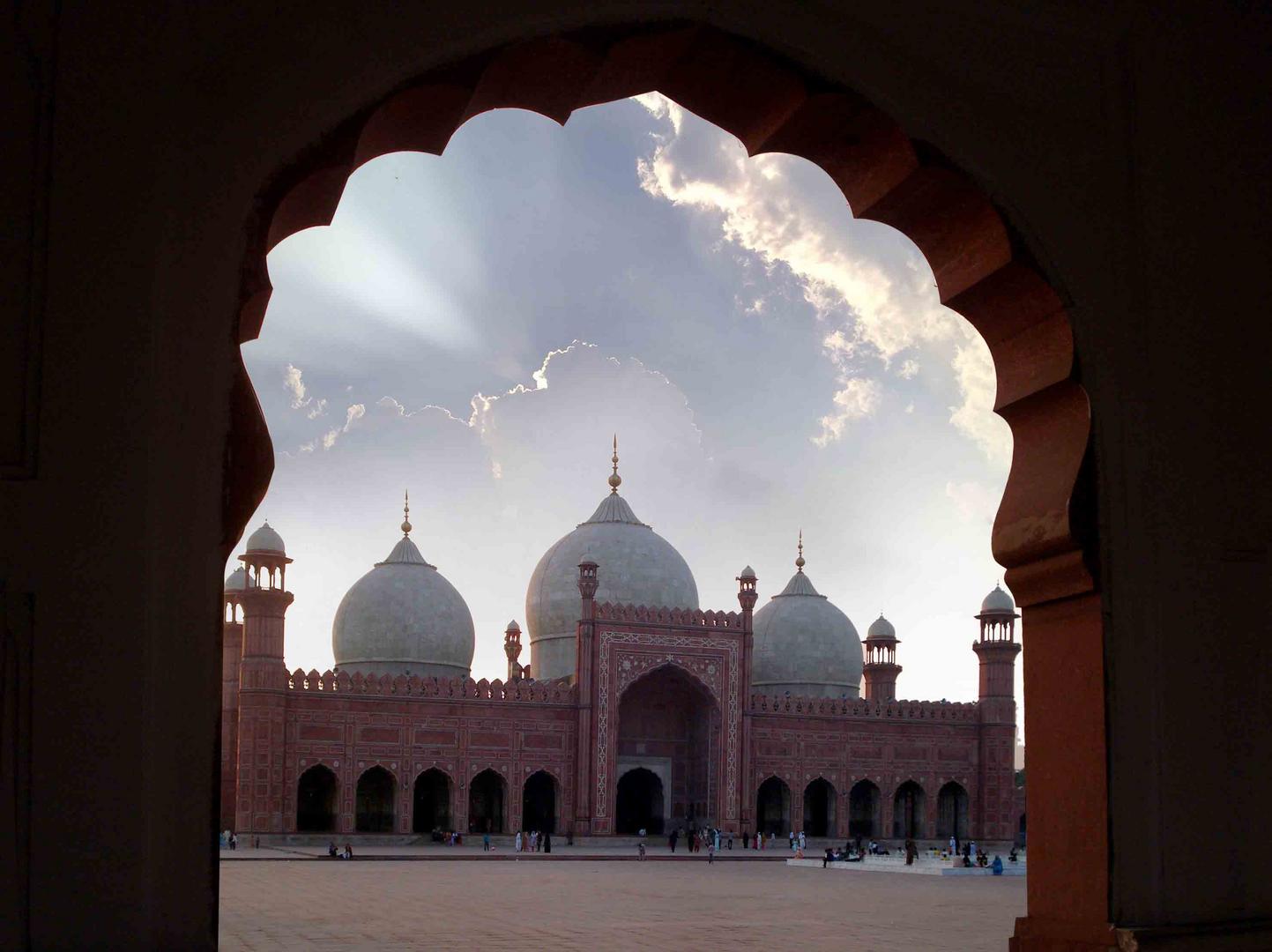 Beauty Beyond the Arch

Beauty Beyond the Arch

The Badshahi Mosque (Urdu: بادشاھی مسجد) or the 'King's Mosque' in Lahore, commissioned by the sixth Mughal Emperor Aurangzeb in 1671 and completed in 1673, is the second largest mosque in Pakistan and South Asia and the fifth largest mosque in the world. Epitomising the beauty, passion and grandeur of the Mughal era, it is Lahore's most famous landmark and a major tourist attraction.