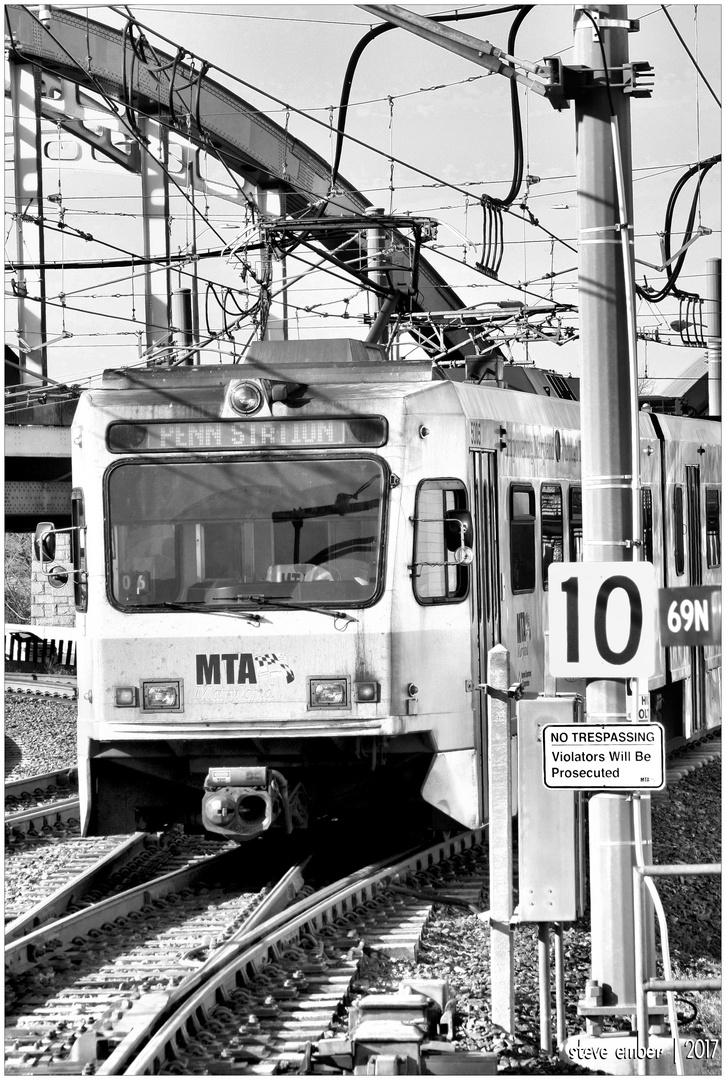 Northbound Baltimore Light Rail Camden Yards-Penn Station shuttle train diverges from the main line onto the Penn Station spur after stopping at Mount Royal. After crossing a trestle carrying it over the Jones Falls Expressway (I-83), it will descend a grade into its Penn Station platform.

The bridge at upper left carries Howard Street over the railroad canyon containing the Amtrak
(Pennsylvania) Northeast Corridor mainline into Penn Station, as well as the CSX (formerly
Baltimore and Ohio Railroad) tracks climbing out of Mount Royal Station on their way eastbound.