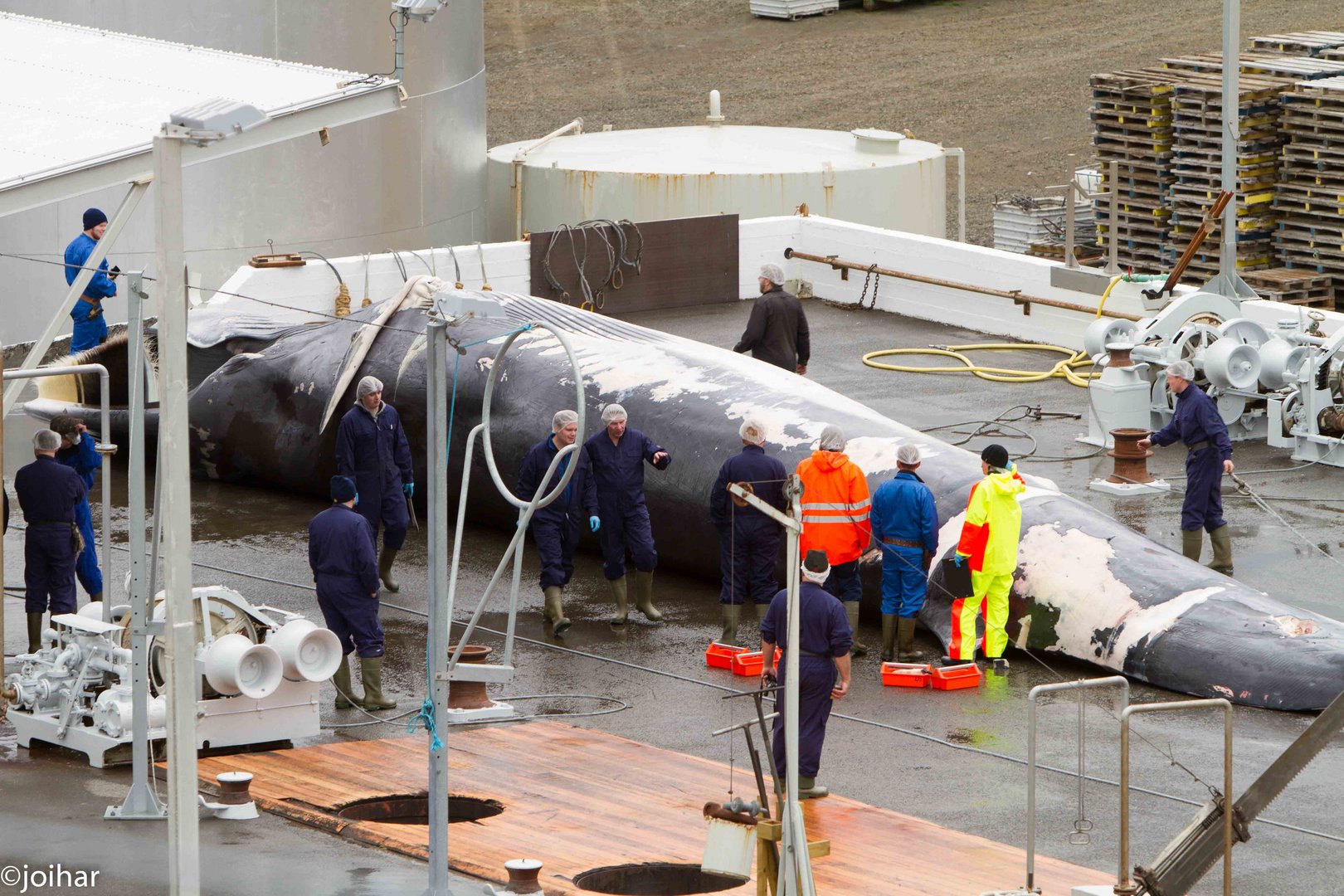 The fin whale (Balaenoptera physalus), also called the finback whale, razorback, or common rorqual, is a marine mammal belonging to the suborder of baleen whales. It is the second longest animal in the world and second largest rorqual after the blue whale,[7] growing to 27.3 metres (89.5 ft) long[8] and weighing nearly 74 tonnes (73 long tons; 82 short tons).[9] The American naturalist Roy Chapman Andrews called the fin whale "the greyhound of the sea... for its beautiful, slender body is built like a racing yacht and the animal can surpass the speed of the fastest ocean steamship."[10]