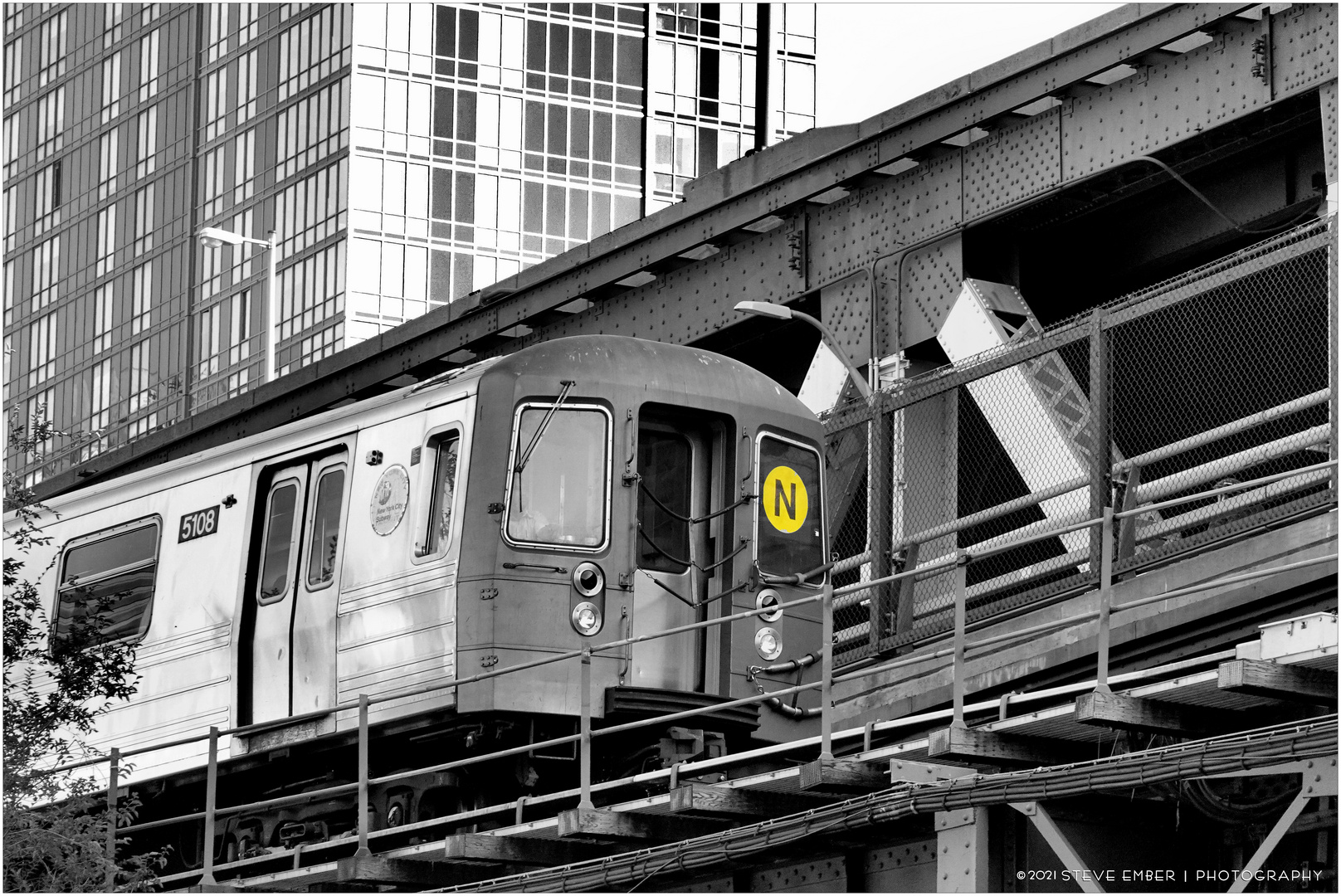 A Manhattan-bound Astoria Line N Train, having just departed lower level at Queensboro Plaza Station, descends the ramp along the north side of the Queensboro Bridge which will take it into the 60th Street tunnel under the East River.

A yellow "bullet" - at least on older equipment such as this R68 and the earlier R46 trains - means the train will run the Manhattan part of its journey from Queens to Brooklyn along the BMT Broadway Line. As a photographer, I much prefer this older form of designator, as it is not subject to the vagaries of shutter speed and dynamics of the LED lights on the newer R160 and 179 trains that often result in only partial letters in one's photos. Plus, it gives a nice splash of color to the front or back of a train. Also, as a New York Subway enthusiast, I like the fact that the bold graphic, in its different colors, speaks to what route a train will travel through Manhattan. Happy to know, for both reasons, that the MTA will bring back those bold and colorful bullets on the fronts of the next generation of New Technology Trains, the R211.

The photo, taken in September 2019, makes its first appearance.