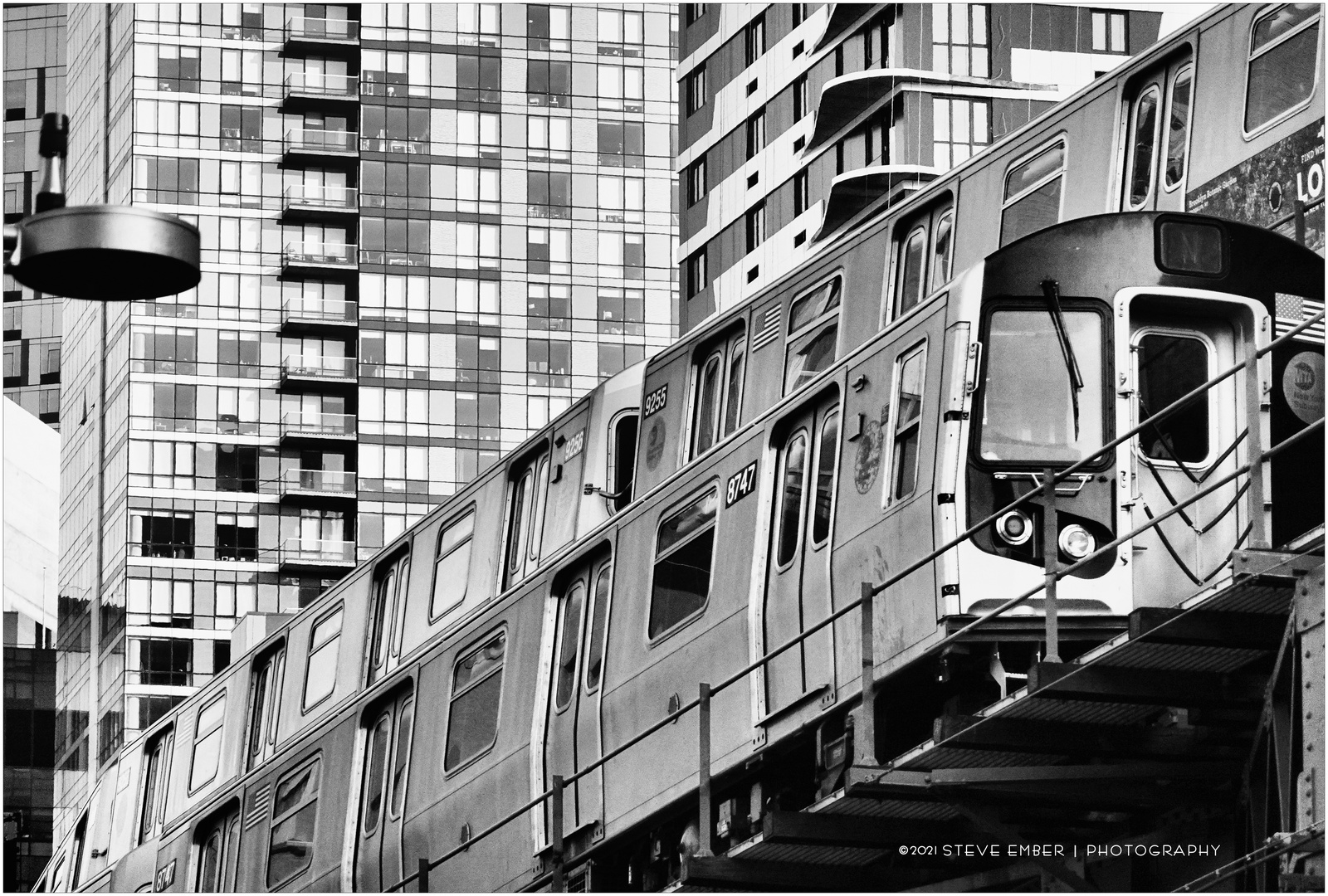 On the lower track, a downtown N train bound for Manhattan and Brooklyn, having departed the lower level of Queensboro Plaza a few moments ago, is heading for the ramp along the north side of the Queensboro Bridge,
which will take it into the 60th Street Tunnel, under the East River.

The train on the upper level is an uptown N (or W). After stopping at Queensboro Plaza, it will continue on elevated structures high above the street grid of Queens Plaza (*), then swing north to make the six-stop journey to Astoria/Ditmars Boulevard Station.(**)

The photo, taken in September 2019, makes its first appearance here.