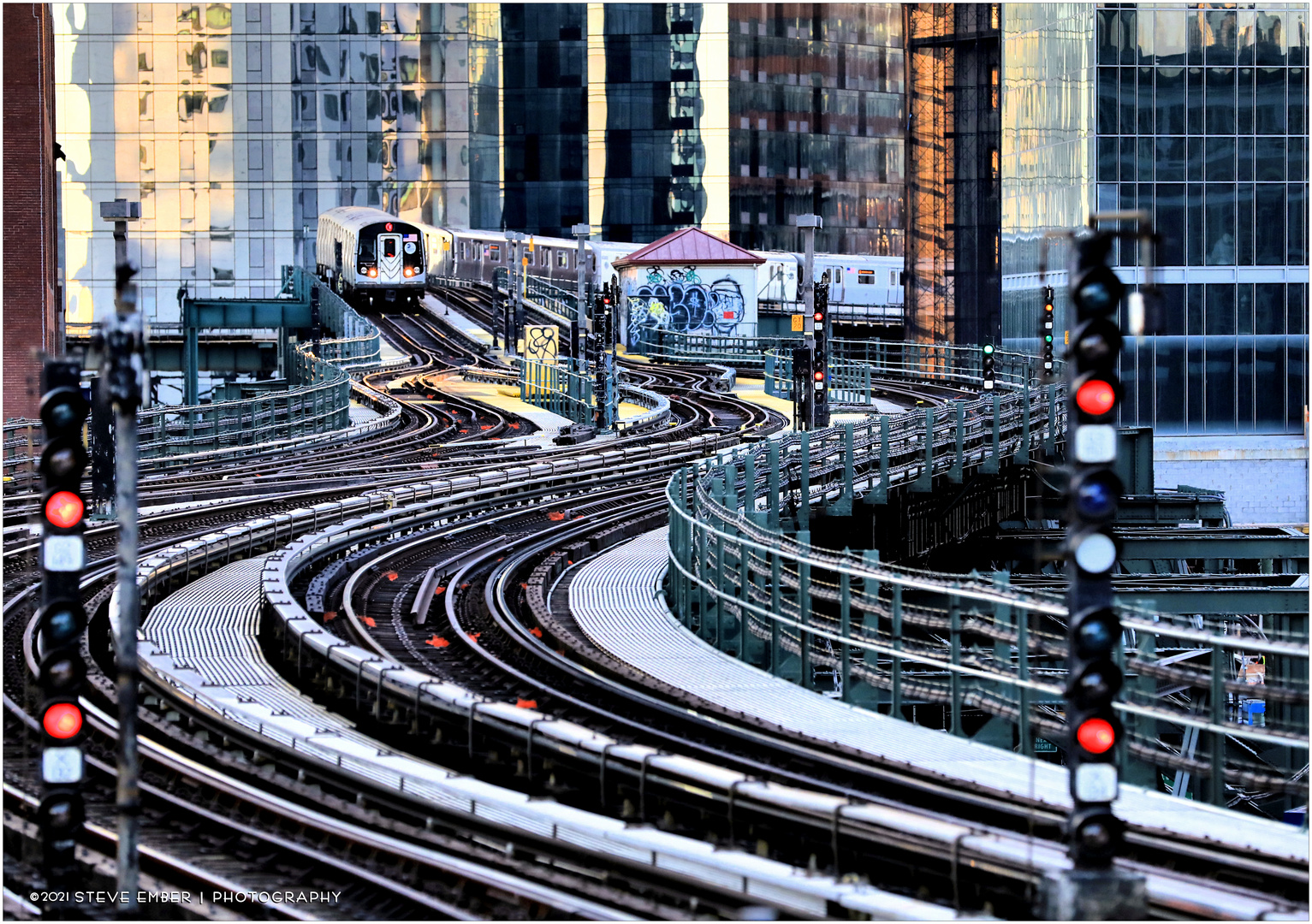 In the late afternoon light of a December day, an Astoria Line train of the New York City Subway system
enters a complex S-curve on elevated trackage high above the streets of Long Island City, Queens, NYC.

The train of ten R160 railcars departed Queensboro Plaza station a few moments ago, curving in a
northerly direction to negotiate this winding stretch toward 39th Ave-Dutch Kills Station, from which its
course will be straight, as it runs above 31st Street to its terminus at Ditmars Boulevard in Astoria.(*)


The S-curve by night