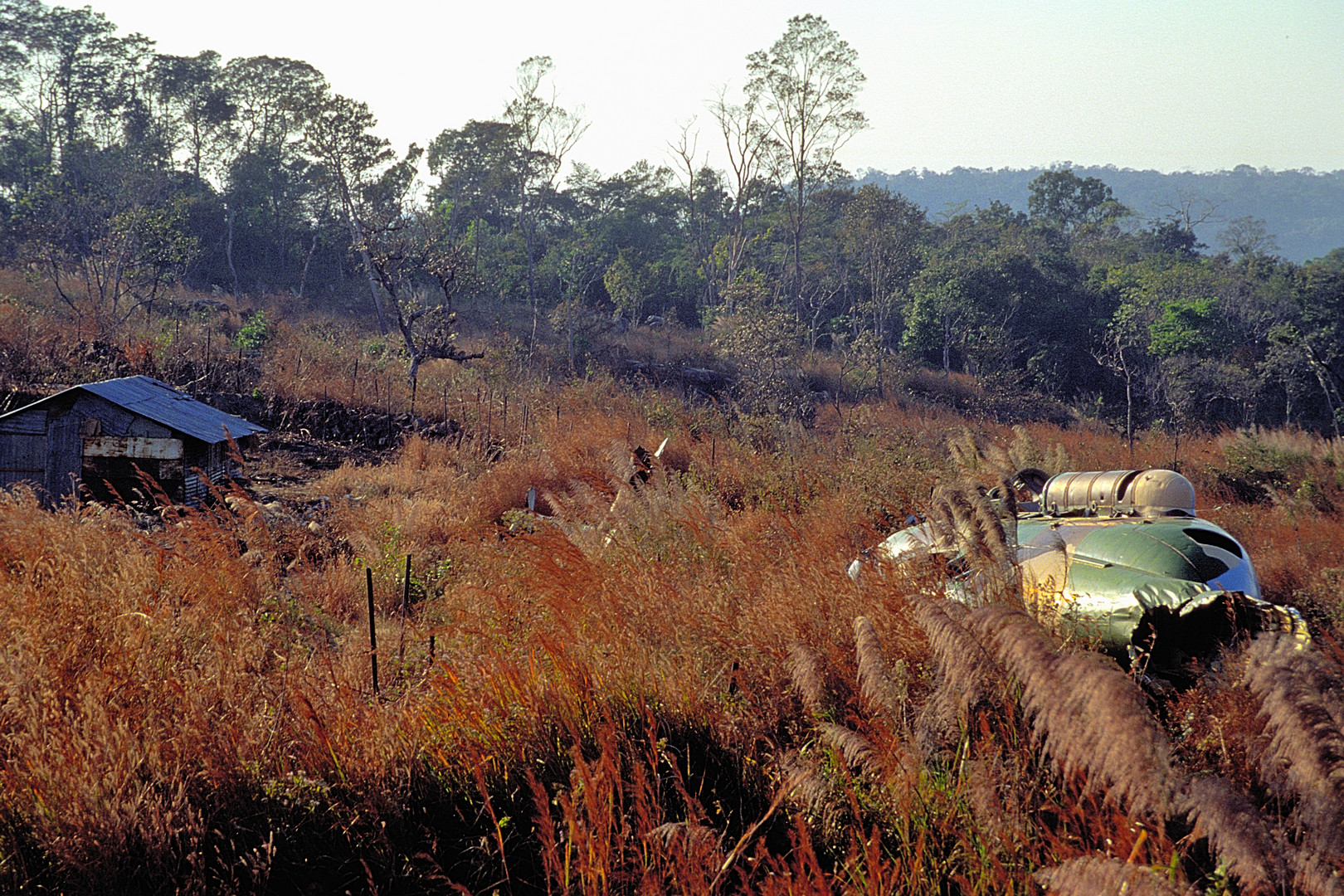 The debris of an other crashed Thai chopper still lie beside the ancient place. People tell different stories about the cause of the crash.
According to the Cambodian authorities the most recent dispute began on 15. July 2008 when about 50 Thai soldiers moved into the Keo Sikha Kiri Svara pagoda vicinity located in Cambodia's territory at about 300 meters from the Temple of Preah Vihear.Cambodian soldiers shut down several Thai helicopters, which never was reported by Thai media.