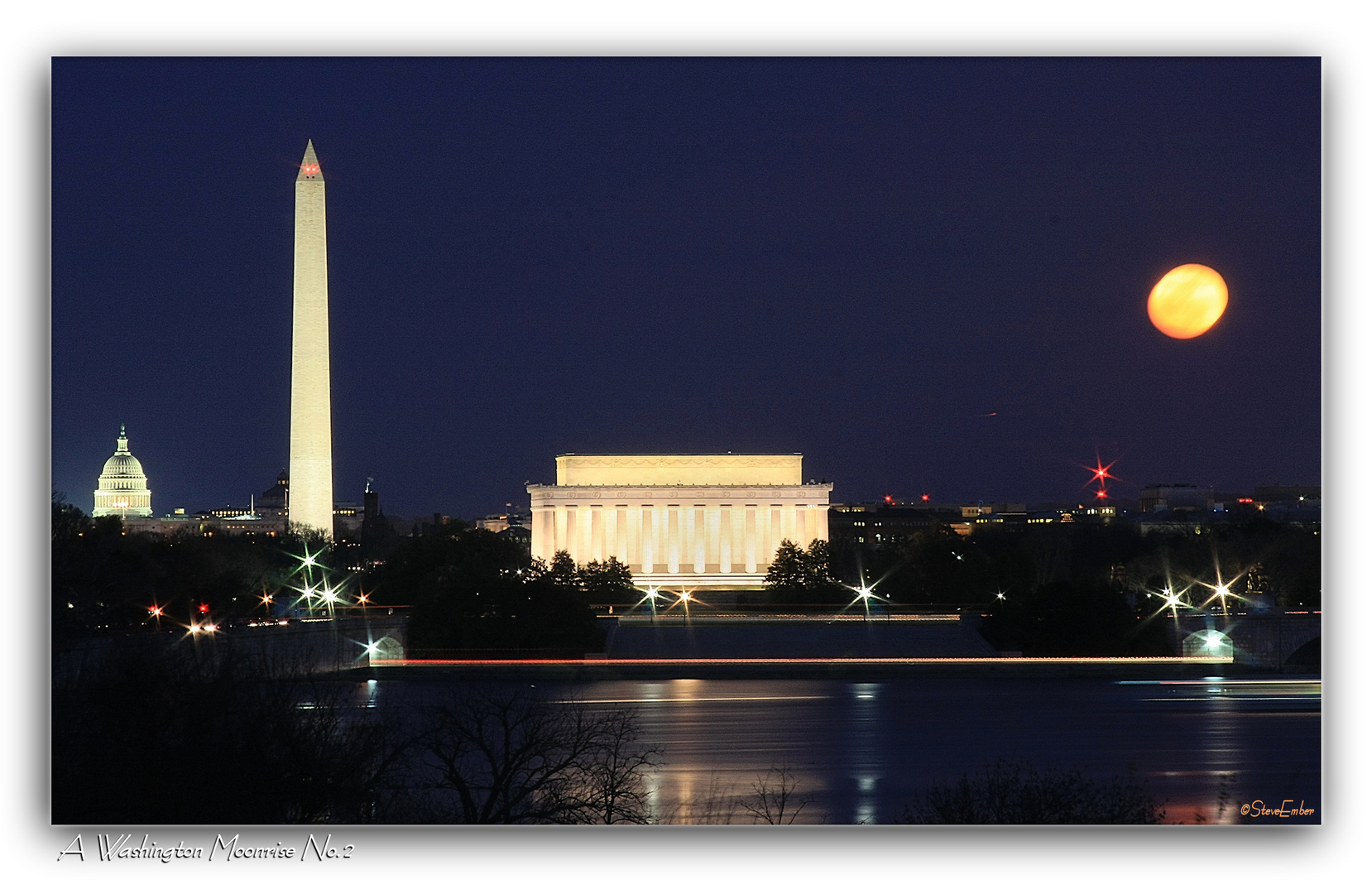 A Washington Moonrise No.2

A Washington Moonrise No.2

Ever wonder how much the moon rises in, oh, about 30 seconds?

This is one of a series of images I shot of the “Super Moon” rising over Washington, D.C. on the evening of March 19, 2011. It was called
a “Super Moon” because of the rare coincidence of a nearly full moon being at perigee – the closest to Earth in its elliptical path.

I set up my equipment on the Virginia shoreline of the Potomac, looking across to the panorama
that encompasses the dome of the U.S. Capitol, the Washington Monument, and the Lincoln Memorial.

I admit to a fondness for including “starbursts” in my nightscapes, which means
using very small apertures, which goes along with very long exposures.

While not as technically "moon-sharp" as “A Washington Moonrise,” I like this image for what it demonstrates.
The use of the very small f/25 aperture resulted in an exposure of 30 seconds. And, while the moon’s rising
movement is imperceptible to the human eye in such a short span of time, the camera most certainly does
record the movement, and the direction of its upward trajectory, hence the “ghosting” of our very special lunar visitor.

Incidentally, the very long exposure also allowed for the solid “streamers” in white and red of the traffic along
the Rock Creek Parkway, which runs along the embankment of the Potomac. One can imagine the temptation
of those motorists to catch a sighting of the big “Super Moon,” with disastrous consequences. I am happy to report
that no vehicles piloted by distracted moon-lovers plunged into the waters below during this Washington Moonrise.

This image is available in archival gallery prints and as a custom printed Photo Note Card.

Companion views of the Super Moon...