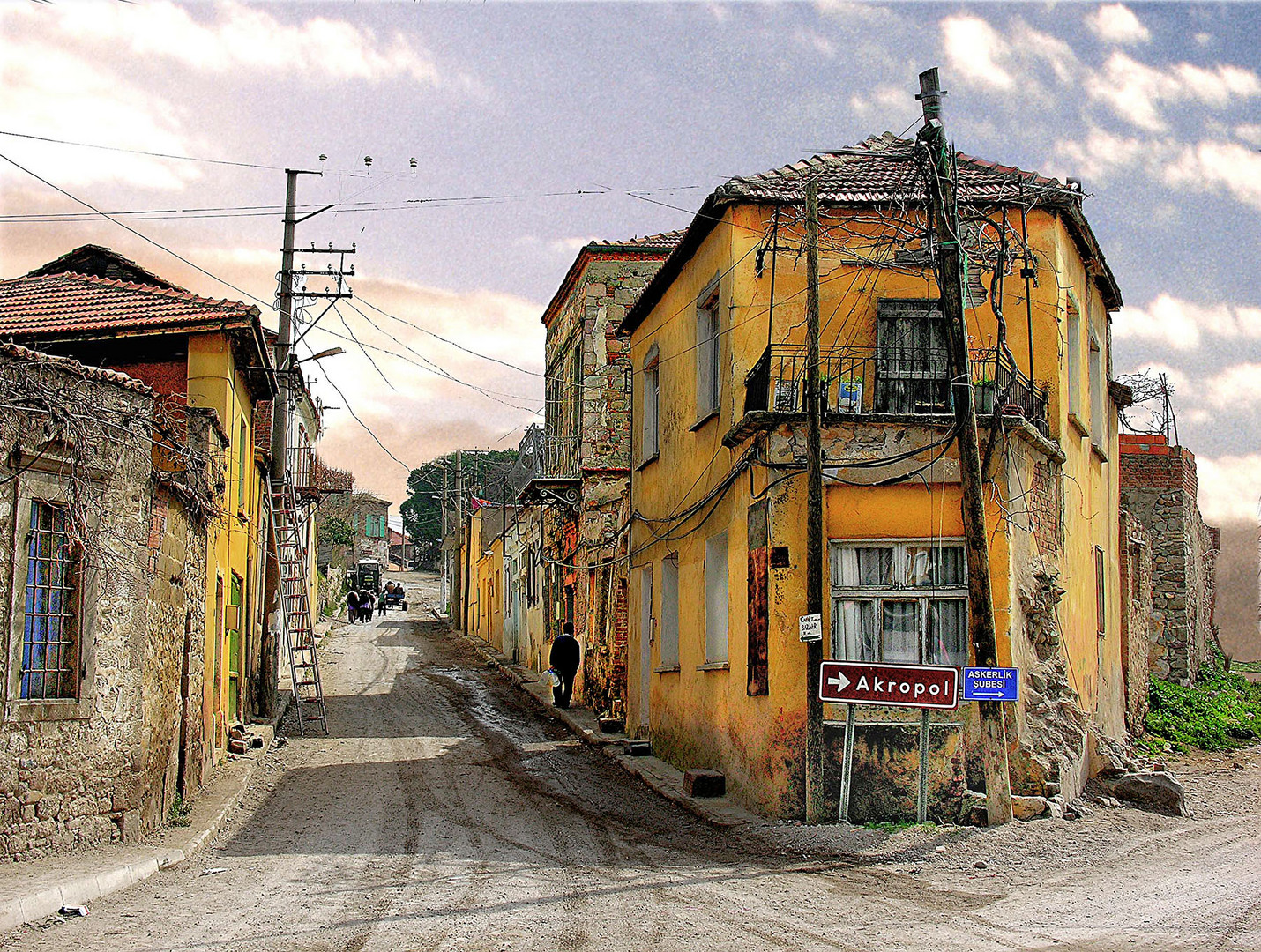 Aivalic is the present Turk name of the city Kidonies, a greek historic city inhabited since 1500 BC. The city passed through many changes following the historic developments of that region and, around the end of 19th century was a thriving city with 40000 greek families, schools, Christian Orthodox churches and significant industrial activities. It was the second largest greek city in Anatolia after Ismir on the coast. According the Lauzanne treaty(1923) regulations imposing population exchanche between the two countries, all greek families fled as refugees abandoning houses and fortunes behind.

In the photo a typical neighborhood with the abandonned houses.