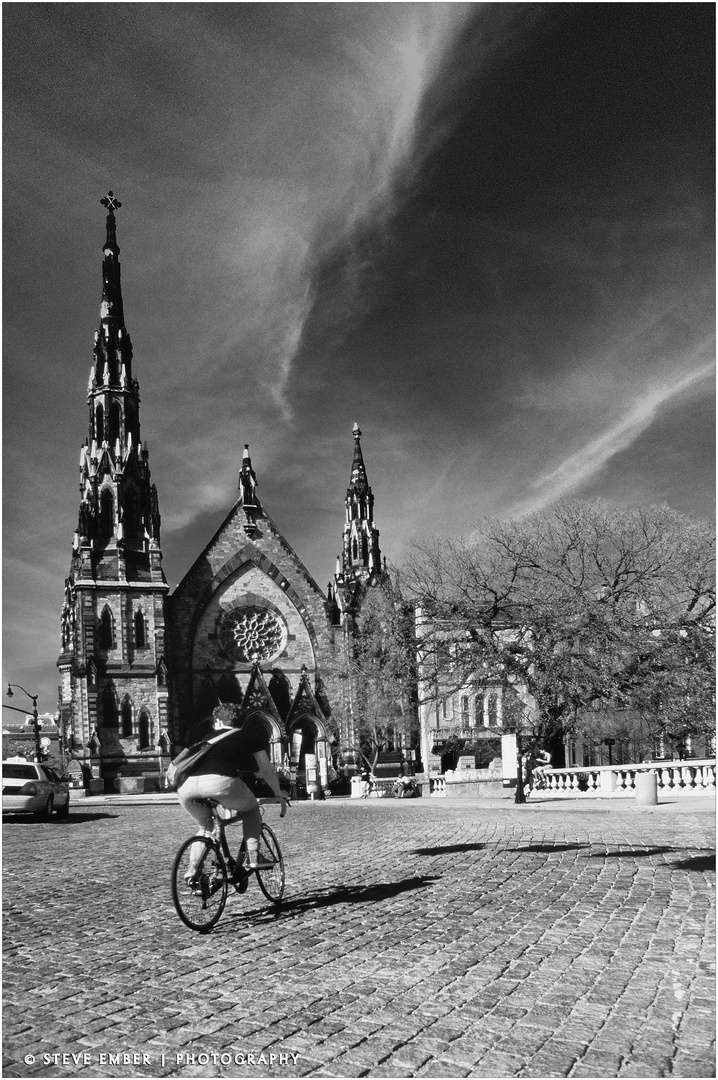 A Mount Vernon Place Moment in Early Spring - No.2

A Mount Vernon Place Moment in Early Spring - No.2

But the Monument is not the only point of interest, for alongside these relaxing green spaces are such landmarks as the Walters Art Museum, the Peabody Conservatory and Library, statues including the one of Marquis de Lafayette, and, pictured here, Mount Vernon Place United Methodist Church, whose Norman Gothic edifice was completed in 1872.

Inviting restaurants are nearby along Charles Street, and a climb up the spiral staircase
to the top of the Washington Monument provides impressive views of the city. (**)

This early spring moment was captured on film on a lovely crisp afternoon in March 2017, as the
first pastel buds of new growth were beginning to appear on the trees against a dramatic sky.

It makes its first appearance here during a soggy August week.