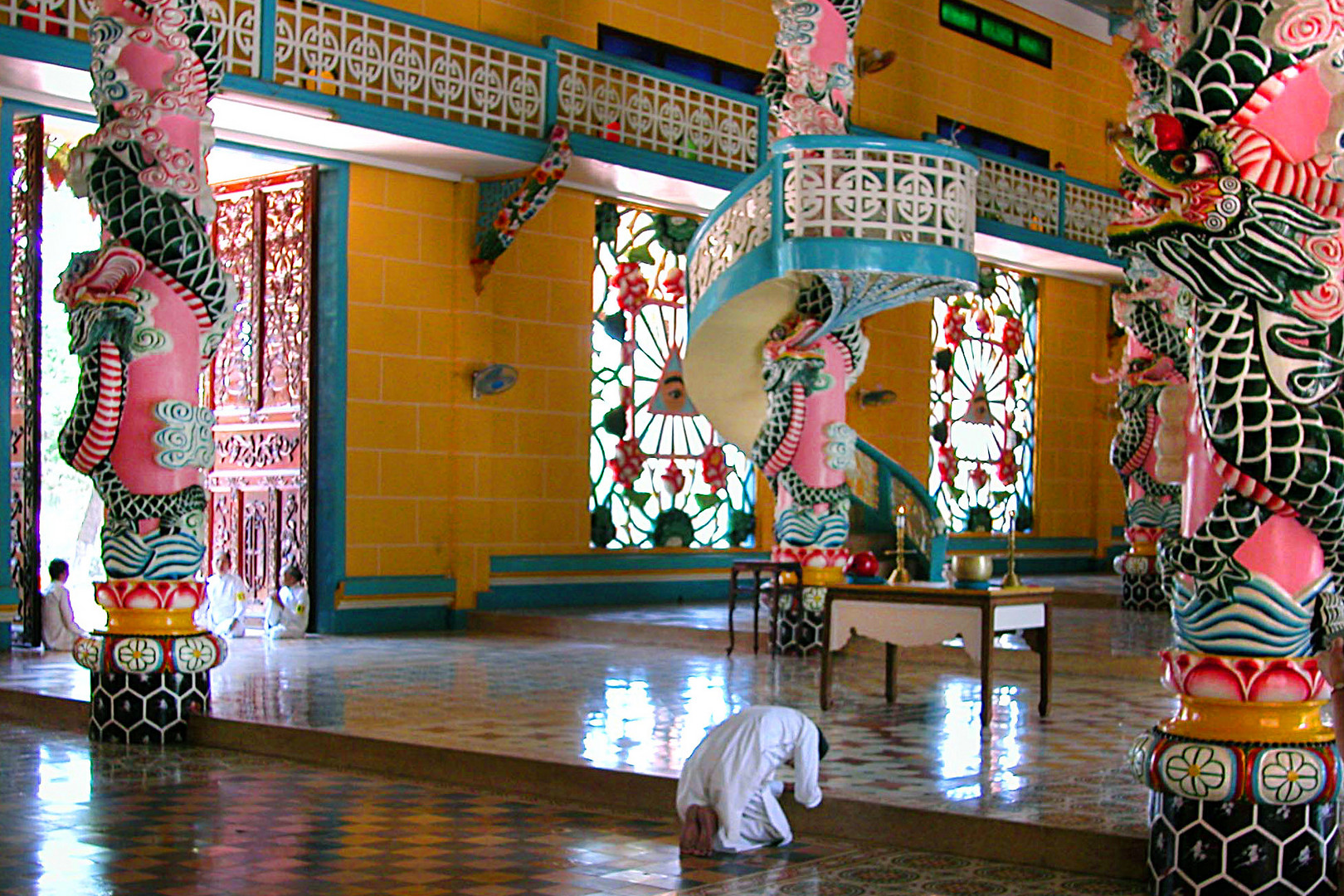 A lonely prayer in the Holy See hall

A lonely prayer in the Holy See hall

Caodaiism has also faced schisms like other religions. Some of the Cao Dai sects that have broken away from the Tay Ninh Holy See are Chieu Minh, Ben Tre and Da Nang. Ngo Van Chieu founded Chieu Minh when he left the original church structure, refusing his appointment as Caodaiism's first Pope. He was neither involved in the religion's official establishment in 1926 nor the Tay Ninh Holy See; he accepted another entity as Durc Cao Dai and the Chieu Minh sect of Caodaiism was formed.