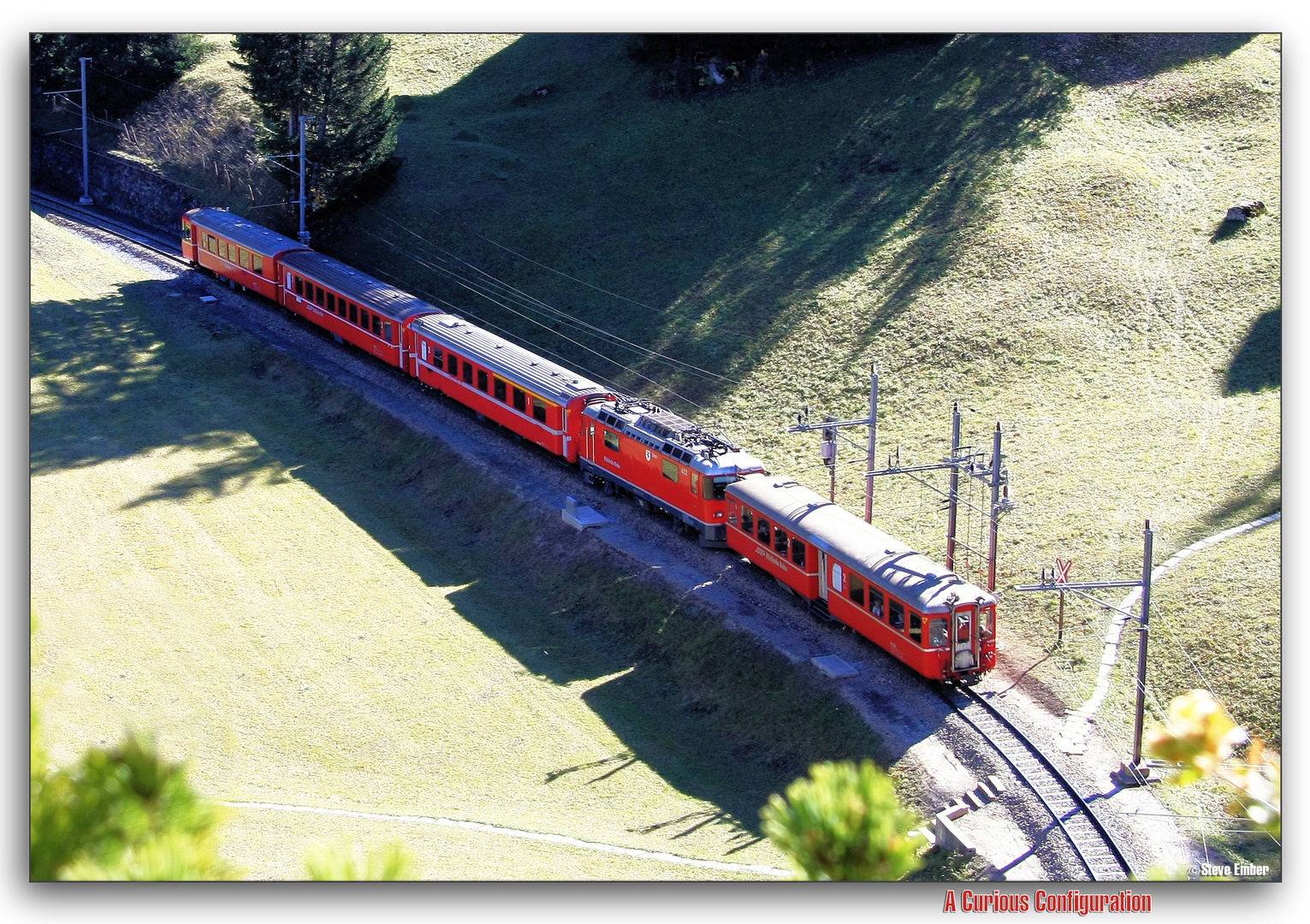 A hotel restaurant’s sunny terrace on this early October afternoon in Arosa provided not only a delightful meal and splendid views of the holiday village’s surrounding Alps, but a choice view of the Rhätische Bahn’s Arosa-Line trains on their final climb to their mountain terminus.

The typical configuration of such trains is for the locomotive to be on the Arosa-bound end of the train
and a control-cab carriage at the “back,” which becomes the “front” on the journey back down to Chur.

But the trusty Ge 4/4 Series II electric locomotives of the Rhätische Bahn would seem to have no problems with “ego" or "pride of place." In several days of photographing the trains of the Arosa-Bahn, it was not uncommon to see the E-Lok in the middle of an RhB consist!

Curious…but entirely safe, as the engine driver has an unobstructed view of the track ahead,
as he controls the locomotive from the cab at the front of the lead carriage.

This image is available in archival gallery prints and as a custom printed Photo Note Card.