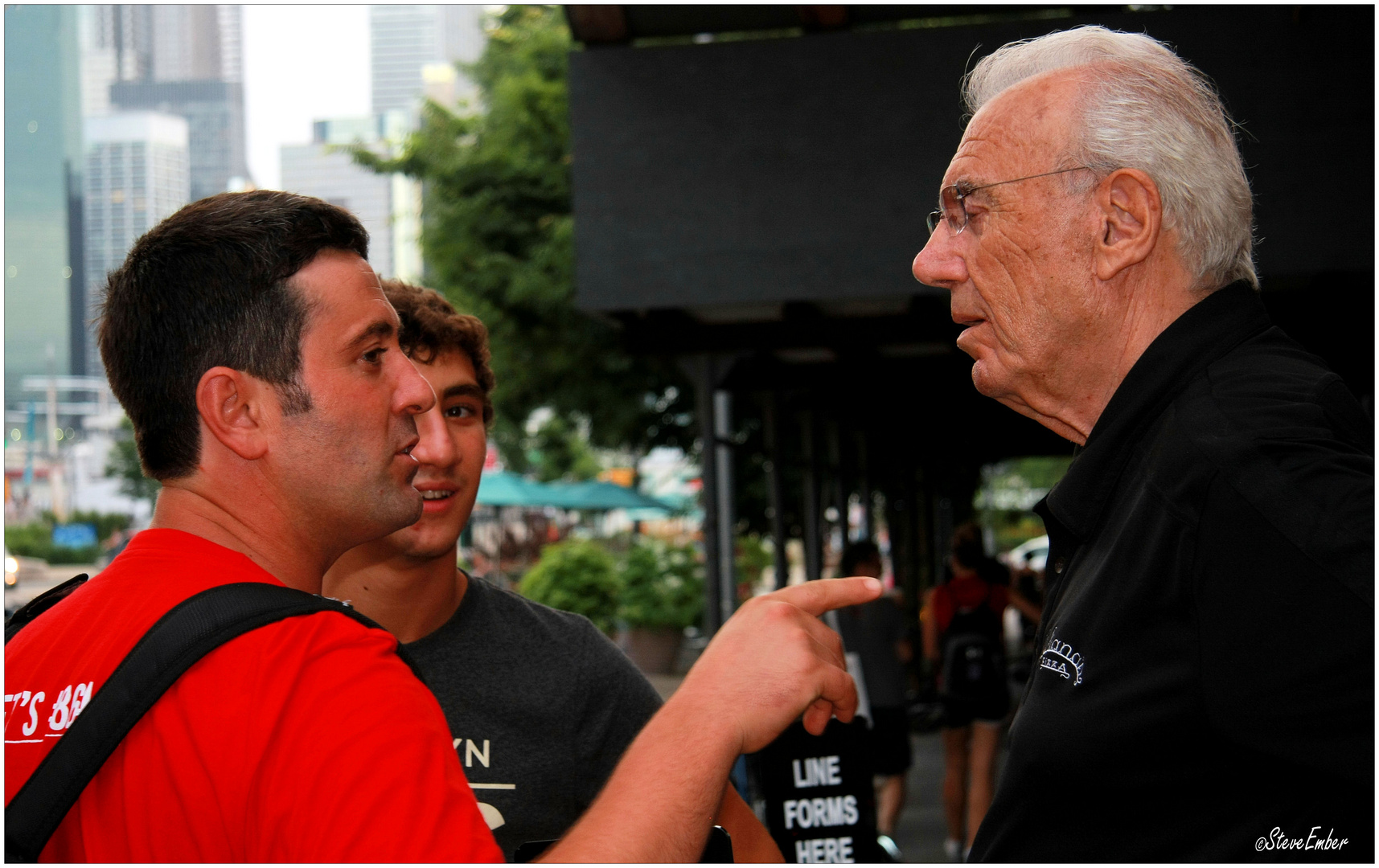 The young guys are not about to get a part of their anatomy kicked.

Rather, it’s a friendly conversation on Old Fulton Street in Brooklyn, in front of
Juliana’s Pizza Restaurant, the towers of Lower Manhattan looming in the tele-compressed background.

That’s Patsy Grimaldi, the restaurant’s owner, on the right. He named his popular establishment after his mother.

I discovered Juliana’s – and Patsy’s great hospitality – on a June evening in 2013, after spending the first four hours of the afternoon on the Brooklyn Bridge, and another two or three in Dumbo and Brooklyn Bridge Park. (*)

Suddenly, I realized I was running on fumes!

Patsy’s greeting on the sidewalk and his accommodating a very hungry and thirsty photographer,
to say nothing of the meal (oh, yes, and the non-stop vintage Sinatra) made a grand impression.

I made a point of returning on my next visit the following June (when this photo was taken),
and found everything as I’d remembered…including Patsy.

After shooting well into the evening in the Williamsburg section of Brooklyn this past June, I was experiencing that same "running on fumes" feeling, so grabbed a taxi and headed over to Old Fulton Street, but found Juliana's stops serving a bit earlier than I might have expected on a Saturday night. Too much camera gear to be comfortable eating at the bar rather than a table, of which none remained. But happy to see Patsy still holding forth.