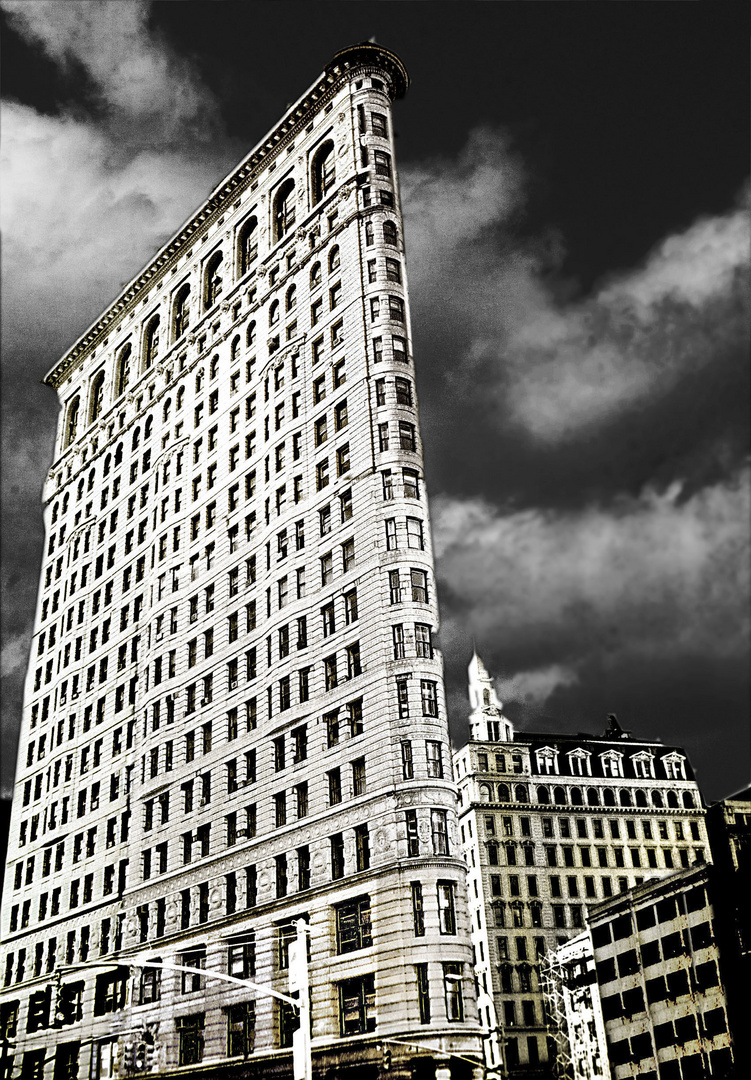 A blend of marvel and fear 2

A blend of marvel and fear 2


Flatiron building.
The Flatiron building is one of the most photographed and most famous historic landmarks of New York. The twenty one story building was constructed between 1901-1903 at the intersection of Broadway and 5th Avenue by the Chicago architect Daniel Burnham as the headquarters of the Fuller Construction Company and took this name because its unusual shape caused by the triangular plot. Eventually the Fuller company built, in 1929, another much taller building at 57th Str and Madison Avenue to bear the name of the company as "The Fuller building". The Flatiron is also a splendid example of the exceptional aesthetic beauty with which skyscrapers had been constructed at the turn of the 19th and early 20th century. Many more, now considered...elderly -one of them the Empire State Building -are also samples of that architectural elegancy before a later utilitarian approach, urgency for profit and need to cut down expenditure in constructive cost reduced them to their present, always impressive but rather obeying to a certain conformity status.