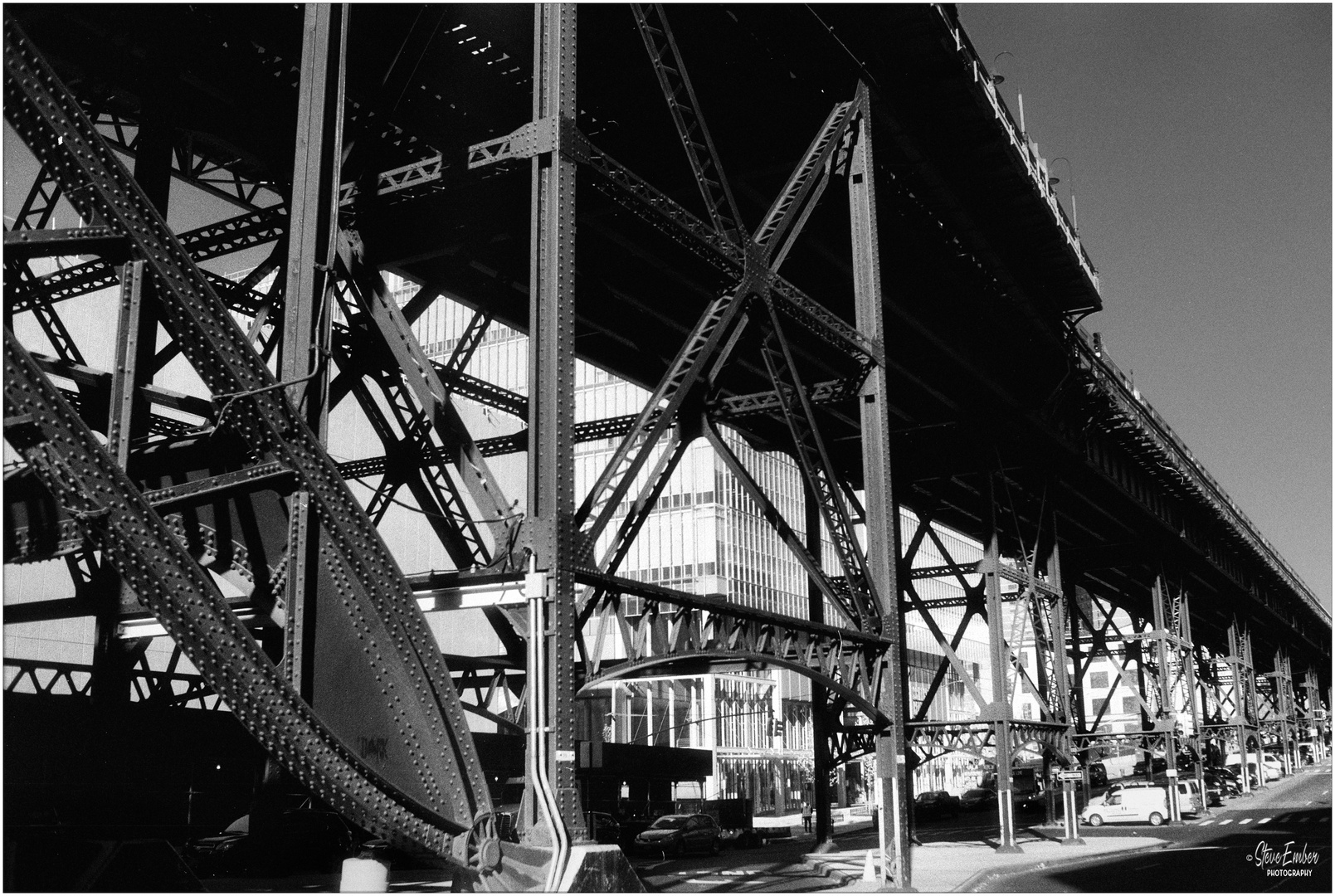 West 125th Street, a main thoroughfare of New York City's Harlem district runs through a deep valley in upper Manhattan's fascinating topography, which is especially dramatic when referenced to the IRT Broadway Seventh Avenue line of the New York City Subway system - the route of the 1 train (for which my series of photos is named).

One realizes just how dramatic the topography is when riding uptown on the 1 Train, the Broadway-Seventh Avenue Local, and the train emerges from its long underground journey up Manhattan's West Side and - without changing elevation - into daylight onto a long elevated stretch, which becomes really high over the surrounding cityscape as it crosses over 125th on this impressive trestle and continues for several blocks over the valley...before once again entering the rocky topography where the tracks again become "underground" with reference to the street grid. The trestle actually runs from 122nd to 135th. Here the view is looking northward from 125th St.

A similar example occurs further uptown at Dyckman St Station (*), where the trains come out of a steep rockface under Fort George after being "underground" relative to the street grid to begin another "elevated" sprint above city streets.

This scene was captured on Poly-Pan 50 black and white film in my Nikon FE through a
Nikkor Ai-S 35mm f/1.4 lens wearing a #25A red filter, on a sunny December afternoon.